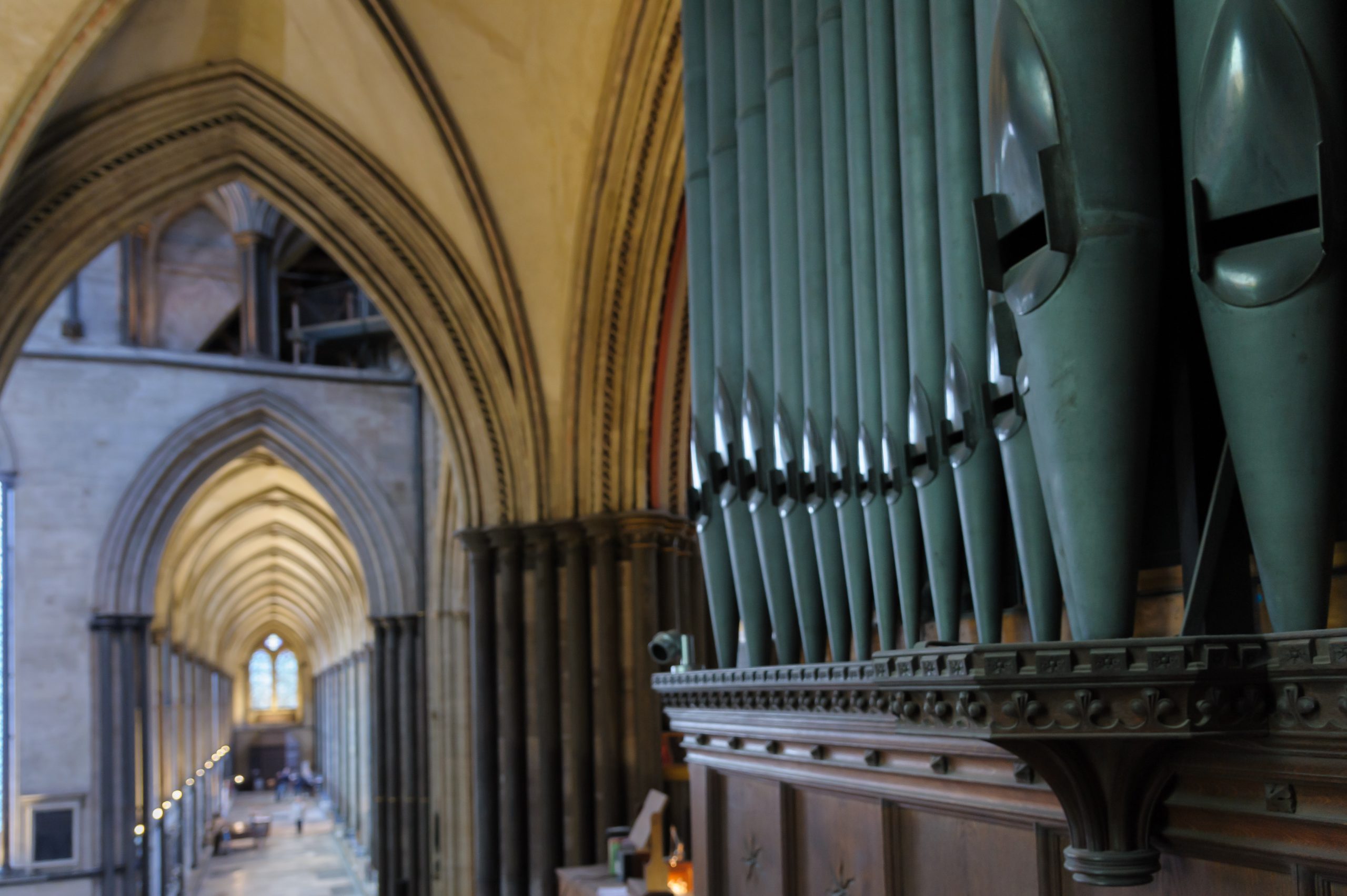 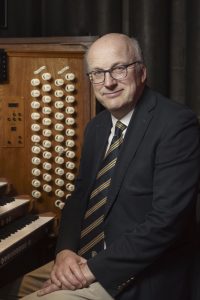 Born in 1963, David Halls was taught the piano from the age of four. Whilst a pupil at Harrogate Grammar School, he was Assistant Organist at St Wilfrid’s, Harrogate, and studied the organ with Adrian Selway at St Peter’s Church, Harrogate, Ronald Perrin at Ripon Cathedral and later with Thomas Trotter in London.

David won an Organ Scholarship to Worcester College, Oxford and graduated in 1984 with an Honours Degree in Music. He passed both the Associate and Fellowship Examinations of The Royal College of Organists in the same year, being awarded five prizes and the Silver Medal from the Worshipful Company of Musicians. He studied in Winchester for a post-graduate Certificate in Education and was Organ Scholar of Winchester Cathedral under the guidance of Martin Neary and James Lancelot. He was appointed Director of Music at Salisbury Cathedral in September 2005.

In addition to his daily duties in the cathedral, David has toured Austria, Estonia, France, Holland, Italy, Latvia, Sweden and the USA with the Cathedral Choir and has appeared as conductor, accompanist and soloist in many concerts and recordings. In demand as a recitalist in cathedrals and churches throughout the UK, he has recorded two solo CDs and a DVD on the Willis Organ in Salisbury Cathedral. He is active as a composer with many choral and organ works published in the UK and USA.

David is a member of the Salisbury Diocesan Choral Festival Group, regularly conducting Diocesan Choir Festivals and he is an Organ Consultant to the Diocese of Salisbury. He conducts the Salisbury Musical Society and the Salisbury Symphony Orchestra and recent work has included Bach’s St John Passion and Mass in B Minor, Elgar’s Symphony No. 1, Mahler’s Symphony No. 6, Mussorgsky’s Pictures at an Exhibition, Poulenc’s Gloria and Brahms’ Requiem. 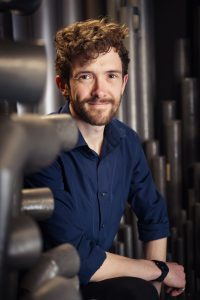 John Challenger has been Assistant Director of Music at Salisbury Cathedral since September 2012, where he accompanies the Cathedral’s liturgy on the great Father Willis Organ. He received his musical education as a chorister at Hereford Cathedral under Dr Roy Massey and Geraint Bowen, and as an Organ Scholar at St George’s Chapel, Windsor, and St John’s College, Cambridge; at St John’s, under the directorship of Andrew Nethsingha, he played the organ for services, concerts, recordings, broadcasts, tours, and four critically-acclaimed recordings on the Chandos label. He studied the organ with David Briggs, Jeremy Filsell, Mark Williams, and the late David Sanger, and obtained his Fellowship of the Royal College of Organists in 2008. In addition to his duties at the Cathedral, John is active as an organ teacher and recitalist.

Between January and March 2017, John acted as Director of Music at St John’s College, Cambridge, during the sabbatical of the College’s full-time Director of Music, Andrew Nethsingha. During this time, the world-famous choir undertook numerous high-profile engagements, including a BBC Radio 3 live broadcast of Choral Evensong on Ash Wednesday.

In April 2015, John’s début solo organ CD, Elgar from Salisbury, was released under the Regent label. The recording was awarded five stars by Choir & Organ Magazine, and received enthusiastic reviews in the American Record Review, Hi-Fi Plus, Church Music Quarterly, and on Classic FM. Roger Judd, writing for FCM’s Cathedral Music wrote that ‘it would be difficult to imagine a more auspicious début CD’, whilst Andrew Fletcher wrote for Organists’ Review: ‘there is nothing I can say that can begin to convey the technical brilliance, artistry, musicality and seemingly effortless organ management of John Challenger. If you love the Salisbury organ (and who wouldn’t?) and adore Elgar (and who doesn’t?), here is a match made in heaven. Flawless! Phenomenal!’ His second solo CD, César Franck – Organ Works, was released in 2019 and his most recent CD, Organ Prom, in 2020. 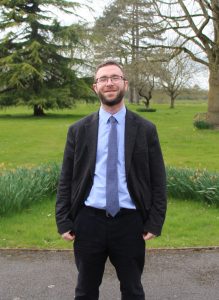 Samuel was trained at the Royal Birmingham Conservatoire, where he graduated with first class honours in 2019 and was a recipient of the John Campbell Keyboard Prize. His teachers were Daniel Moult and Henry Fairs, with additional opportunities to study with Martin Schmeding and Nathan Laube.

Samuel was Organ Scholar at St Paul’s Cathedral, London. As one of the full-time organists there, he gave recitals on the world-renowned organ and regularly accompanied services, working with the famous cathedral choir in the daily cycle of worship. In 2021, Samuel performed the complete organ works of Felix Mendelssohn at St Paul’s as part of the Organ Giants series, celebrating the 150th anniversary of the St Paul’s Father Willis rebuild. He also held organ scholarships at Coventry, Birmingham and Salisbury Cathedrals, where he was an integral part of the respective music departments.

As a recitalist, he performs extensively throughout the United Kingdom and has recently given concerts at Christchurch Priory; St Mary Redcliffe, Bristol; Holy Trinity, Sloane Square; the University of St Andrews, Scotland, and the cathedrals of Bristol, Truro, Blackburn, Bradford, Portsmouth and Glasgow. Additionally, he has accompanied world premières of choral works by composers including Francis Jackson and Owain Park. Samuel has broadcast for BBC Radio 4, BBC Radio WM, BBC Radio Coventry and Warwickshire and appeared on BBC One’s Songs of Praise. 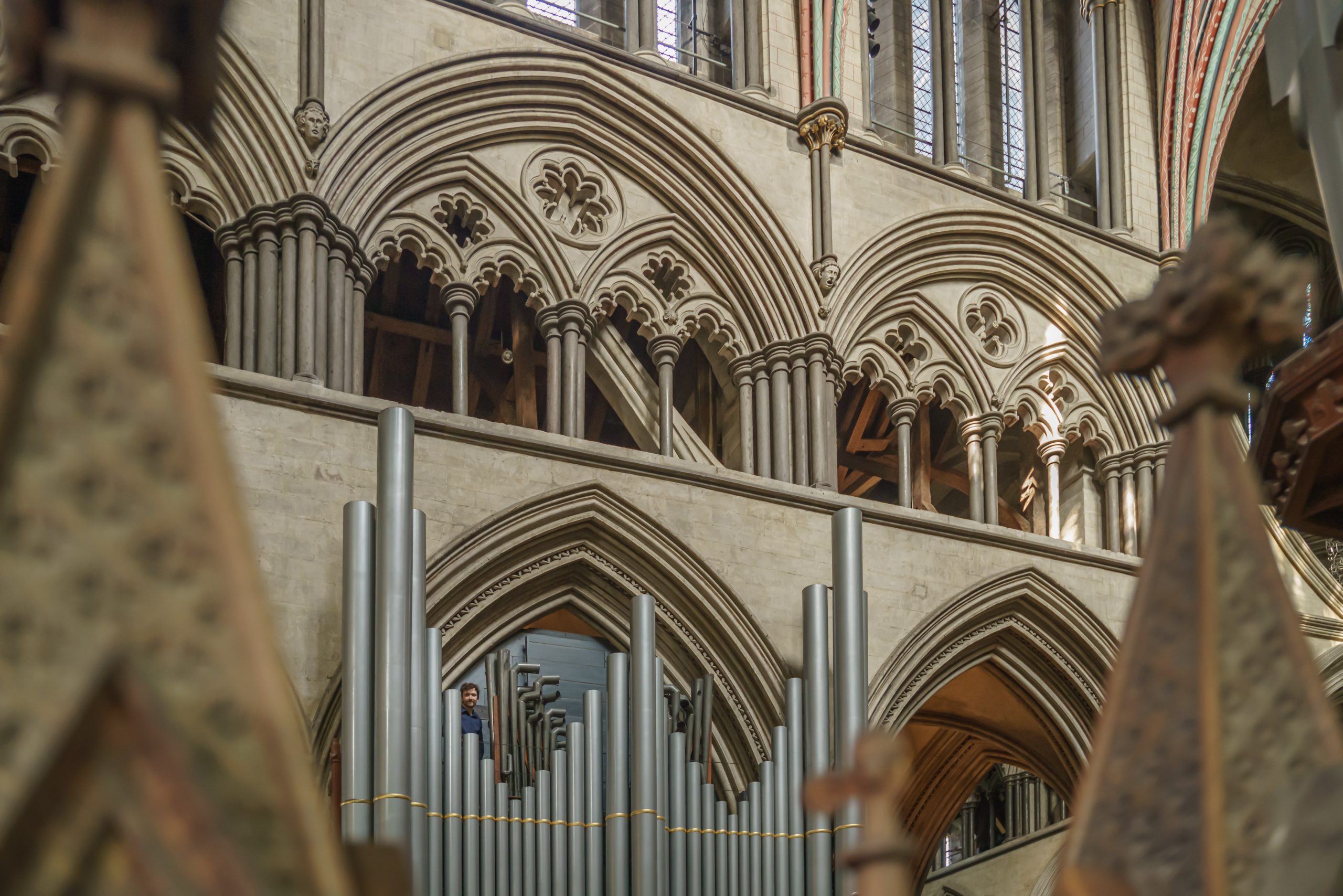 Our organ scholarship programme is the perfect way for a gap-year or postgraduate student to become part of our music team and experience life within a Cathedral music setting.

Find out more about how to apply for our organ scholarships.