The Cathedral Through the Years - Salisbury Cathedral
Discover

The Cathedral Through the Years 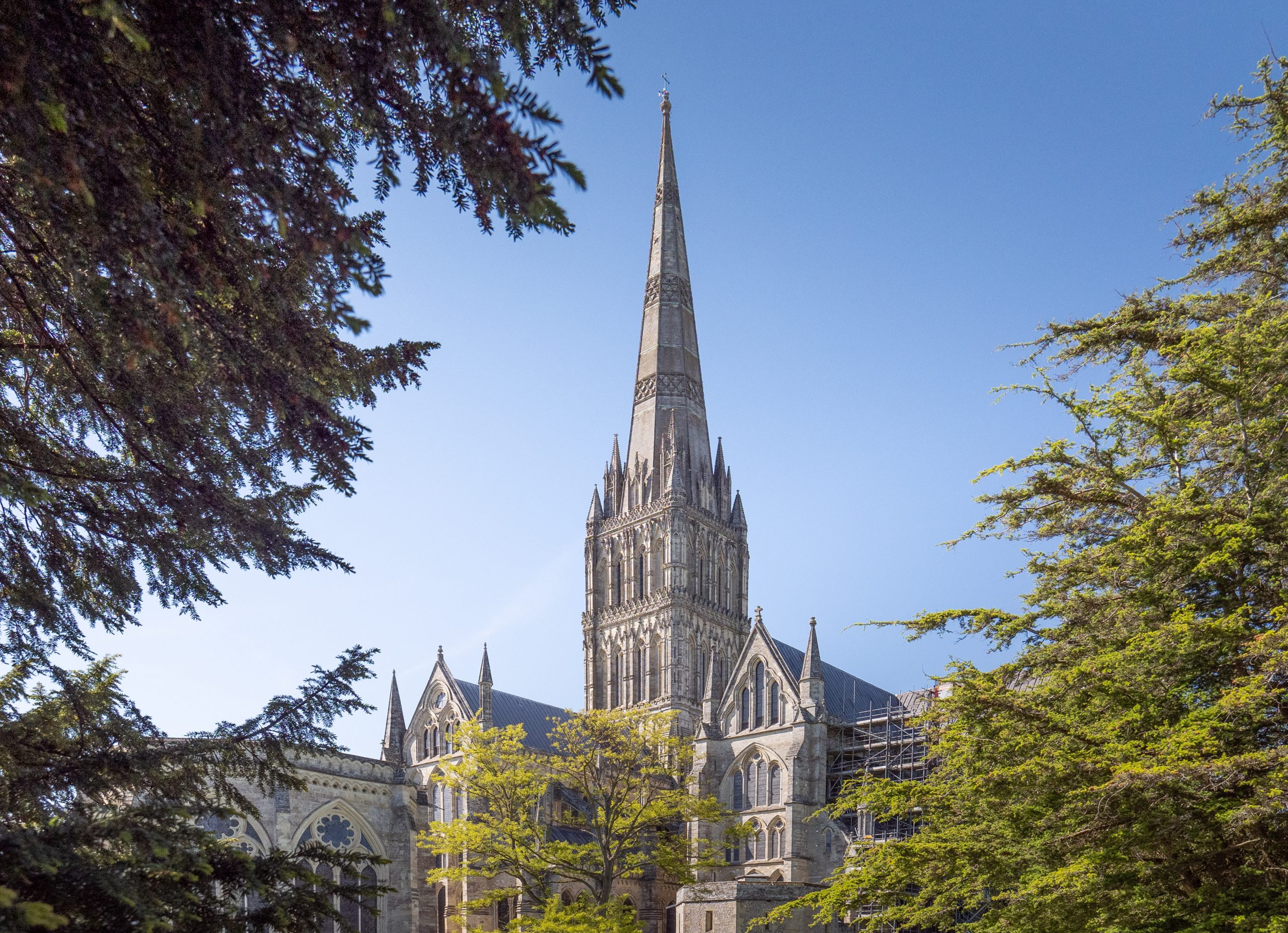 The First 300 Years – higher and grander!

In the 1300s, Salisbury Cathedral decided to build something new. Between about 1300 and 1329 they made the tower higher and added a spire. At 404 feet (123m) it is now the tallest spire in England!

When the Cathedral was first built it contained up to 13 different chapels. It was common in the 1300s and 1400s for churches throughout England to build chantry chapels where prayers were said and sung for the souls of the dead. Some of the original chapels still exist. However, two particularly grand chantry chapels at the Cathedral’s east end, built in about 1450 and 1470 for Bishop Beauchamp and Lord Hungerford, were later destroyed.

Salisbury also became known as a place of pilgrimage. After 1457, when one of the earliest Bishops, Bishop Osmund, was made a saint by the Pope, sick people visited Saint Osmund’s tomb and highly decorated shrine in the Cathedral hoping to be cured.

In 1445 a library and lecture room on top of the eastern side of the Cloisters was built. In the library the books were chained to the shelves to stop them being ‘borrowed’. Today the library contains hundreds of handwritten books, many which were written at the first cathedral at Old Sarum, and thousands of printed books dating from the 1400s to the present day. 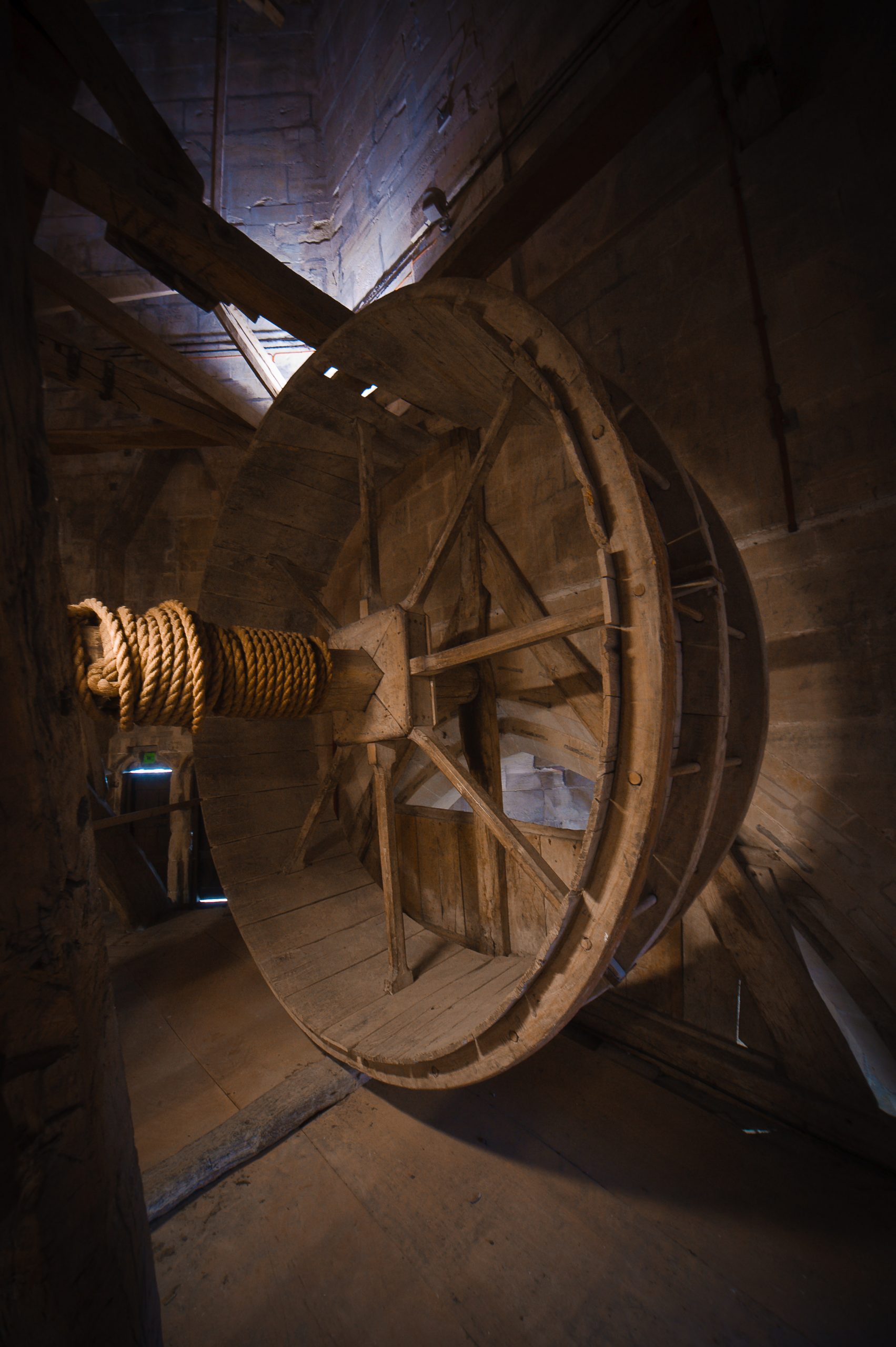 Inside the spire, you can still see the wooden scaffolding used to strengthen the spire after a particularly bad storm in 1360. Inside the tower there is a large windlass or wheel, used by the builders to pull up all the materials they needed from the ground floor.

During this period two major national events had serious and extraordinary consequences, not just for Salisbury Cathedral, but for people and the church throughout England. The first was the English Reformation (1534-1590s) which completely changed how people worshipped. The English Church removed itself from the jurisdiction of the Pope and declared that its Supreme Governor was instead the monarch.

Instead, a new ‘Church of England’ was formed with the King or Queen of England as its head. At Salisbury Cathedral, as well as across the rest of England, prayers were no longer said for the souls of the dead, and adult singers in the choir no longer had to be priests. Many church treasures were destroyed because people saw them as examples of the corruption of the earlier Church.

At Salisbury Cathedral these treasures included Saint Osmund’s shrine and other precious metal objects, vestments and religious images. The Sarum Rite, developed at the first Salisbury Cathedral at Old Sarum before coming into use elsewhere throughout England, could no longer be used.

There were now only two services held in the Cathedral each day. Before there had been seven regular daily services as well as additional services and prayers held in the chapels. The Book of Common Prayer was used from 1549. This was the first prayer book for use in churches written in English rather than in Latin. 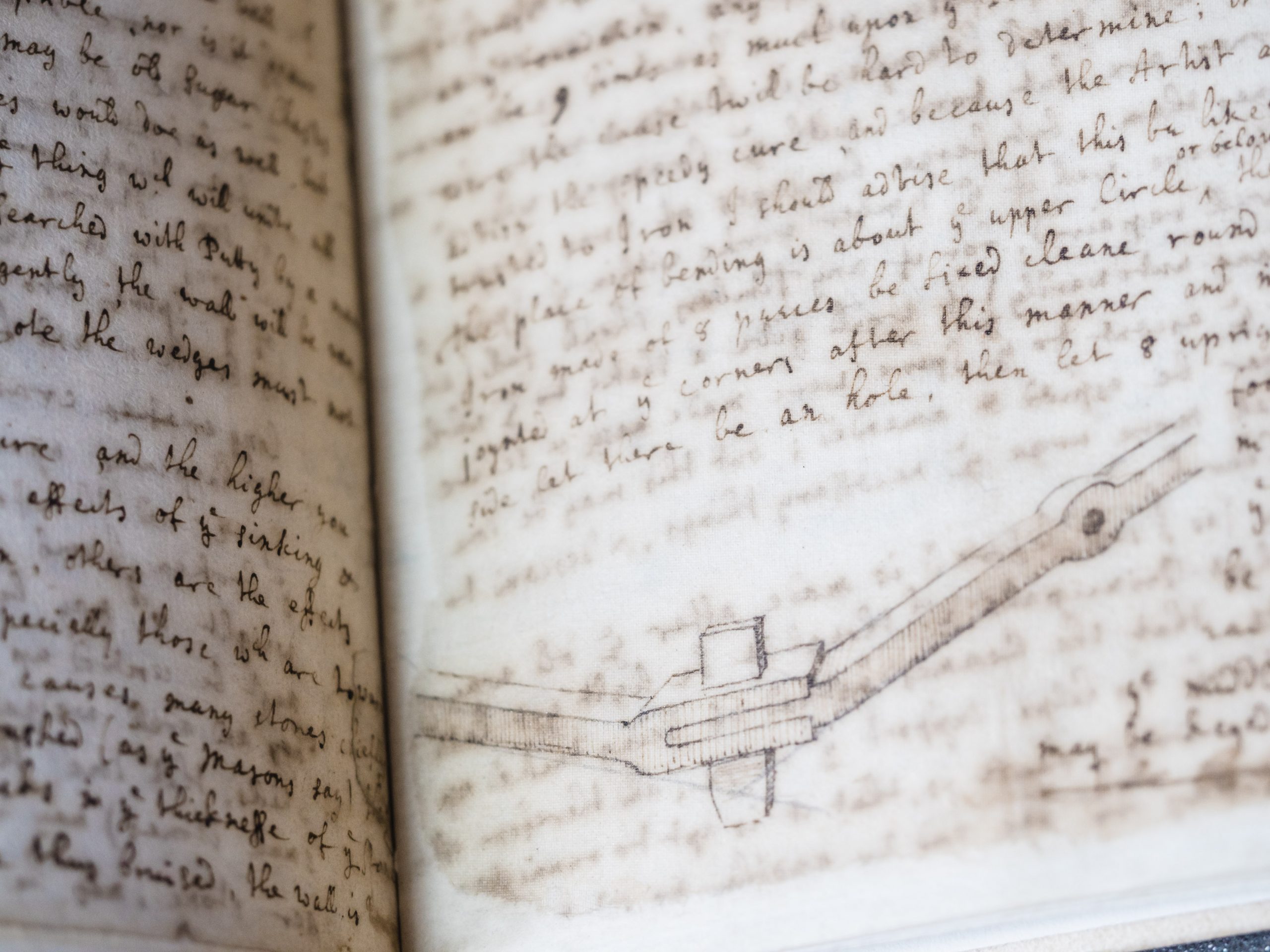 The famous architect Sir Christopher Wren (1632-1723) visited Salisbury Cathedral in August 1668 to assess the condition of the building. In his report he noted that the Spire had shifted slightly from its correct upright position. To fix it, he recommended adding strong iron bands to the inside of the Spire. Today any movement of the Spire is identified by checking the level of the Cathedral floor every two years.

The second major event in England during this time was the English Civil War (1642-1651) and the establishment of the Commonwealth (1649-1660). During the Civil War, the Church of England supported the losing Royalist side. So when, in 1646, England became a republic, led by Oliver Cromwell, there were changes in how churches, including cathedrals, were run.

The Cathedral Chapter, a committee of priests responsible for the management of a Cathedral, was abolished along with bishops, deans, and the Cathedral choir. Instead, the Cathedral was run by the City authorities and worship took place without singing or signs of celebration: the Christian festivals of Christmas and Easter were illegal!

Luckily, Salisbury Cathedral suffered very little physical damage during this time. The belltower, separate to the main Cathedral, was set on fire by Royalist soldiers and there was some damage to the cloisters when it was used as a prison. Repairs were still made to the building itself and a local wealthy family secretly paid the workmen. In 1660, the monarchy in England was restored and the usual management of the Cathedral was resumed.

The Cathedral requires constant repair and maintenance to ensure it survives for future generations. As time passes, the amount of work required increases. Today the Cathedral employs its own team of masons, glaziers, plumbers and carpenters. As well as repairing the building, there is often a desire to change the appearance of the inside and the outside, with new furnishings and decorative elements. Sometimes changes are made because of new fashions, and are the result of new ways of thinking within the Church of England as to how worship should be organised, and of the role of cathedrals in society.

Twice in the 1700s Salisbury Cathedral was completely closed for several years so repairs and changes could be made. The first time was for nearly two years from 1778 to 1779 when the fixed seats in the nave were removed and the Quire was altered to create a more intimate (and warmer) space for worship.  Also during this time, a beautiful window, illustrating Moses with a snake made of bronze, was installed at the east end.

More significant changes were made by the architect James Wyatt (1746-1813) between 1789 and 1792 when the Cathedral was closed for an even longer time. Wyatt directed extensive works to create a greater feeling of light and open space throughout the building. On the outside two side chapels, called the Beauchamp and Hungerford Chapels, were taken down and the belltower, separate from the main Cathedral and built in the 1200s, was demolished. In addition, the land around the Cathedral, used for many centuries as a graveyard, was drained to create the large grass area (called The Close) it is today. 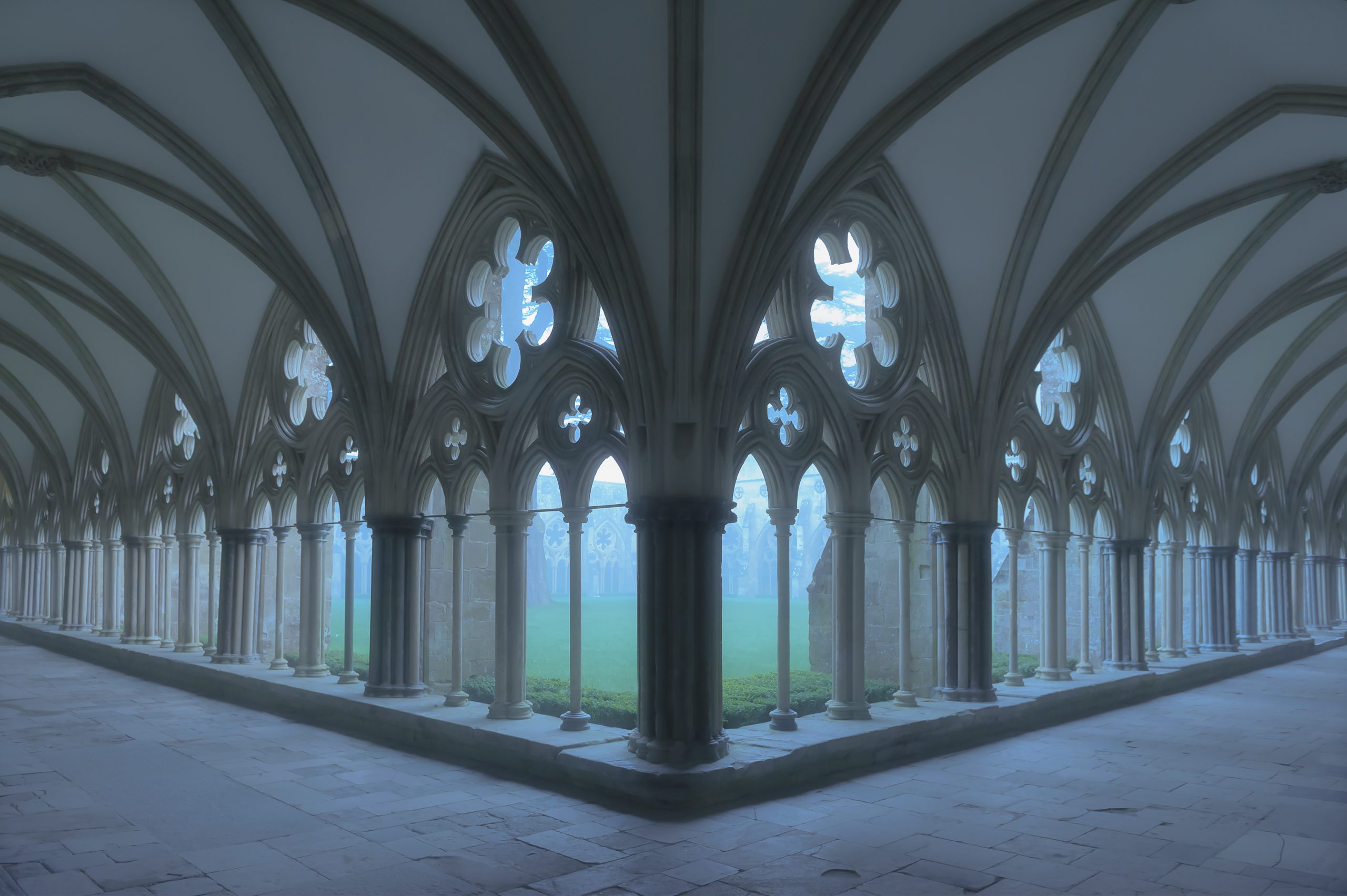 The main Cathedral was opened regularly for visitors between 10.15 and 16.00 for the first time in 1849. In 1865 visitors paid sixpence to also see the Quire, Chapter House and Cloisters – then, as now, the money helped pay for repairs.

From the 1830s onwards Salisbury Cathedral was affected by reforms taking place across the whole of the Church of England.  Many of these reforms were concerned with the administration of cathedrals and how they were funded, alongside reforms to worship.  However, there were also changes in what society thought the purpose and work of a cathedral was; the bishop and priests here wanted to make the Cathedral the centre of religious life, education, and music for the whole Salisbury diocese (an area of over 2000 square miles).

During this time the number of services increased, additional members of the choir were recruited, and the priests became more involved in the educational and community life of the surrounding city.  Restoration work continued, particularly on the Cloisters and the Chapter House. The architect Sir George Gilbert Scott (1811-1887) oversaw repairs to the West Front, and a new organ, built by ‘Father Willis’ and paid for by Julia Chafyn Grove was installed in 1876/7. 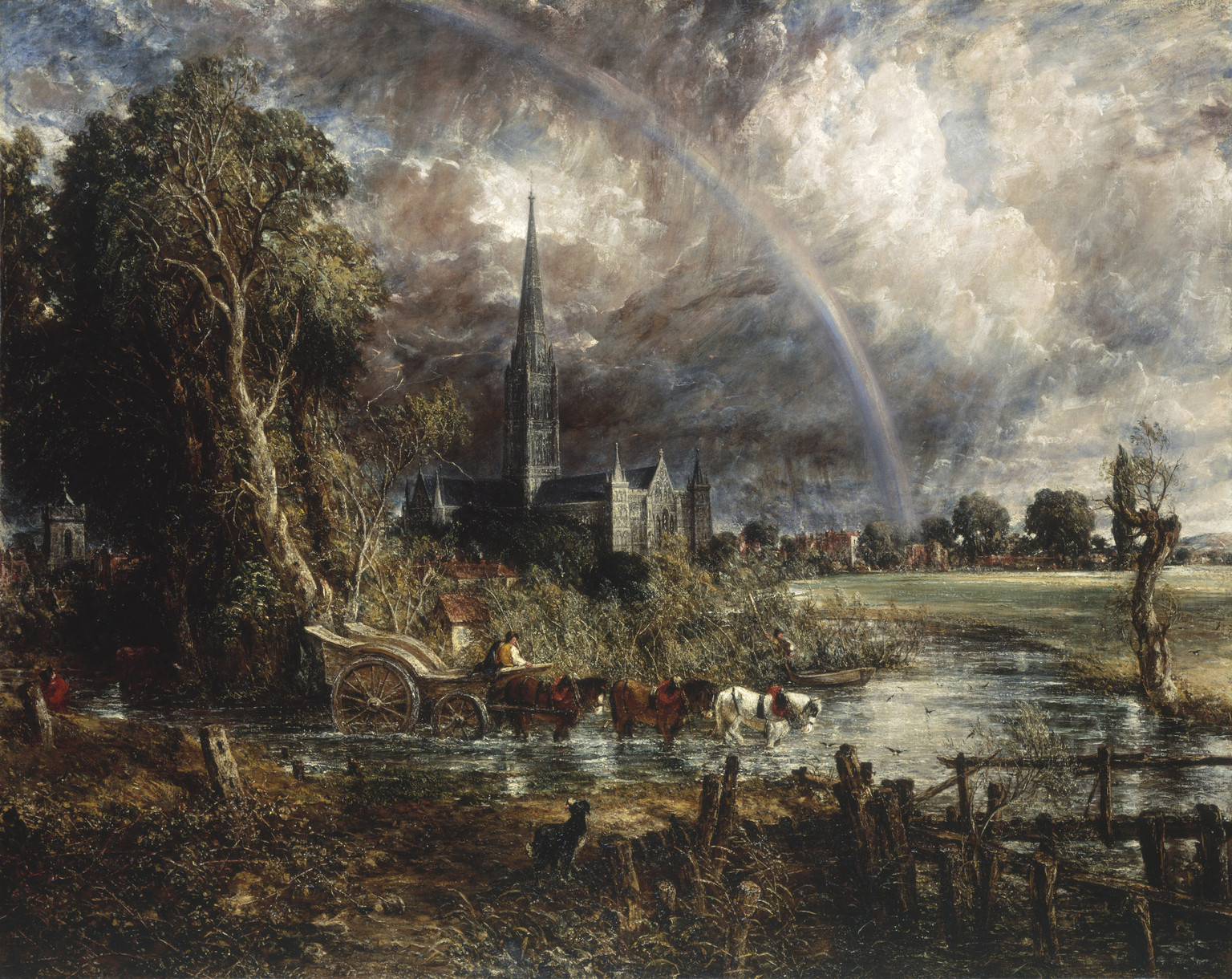 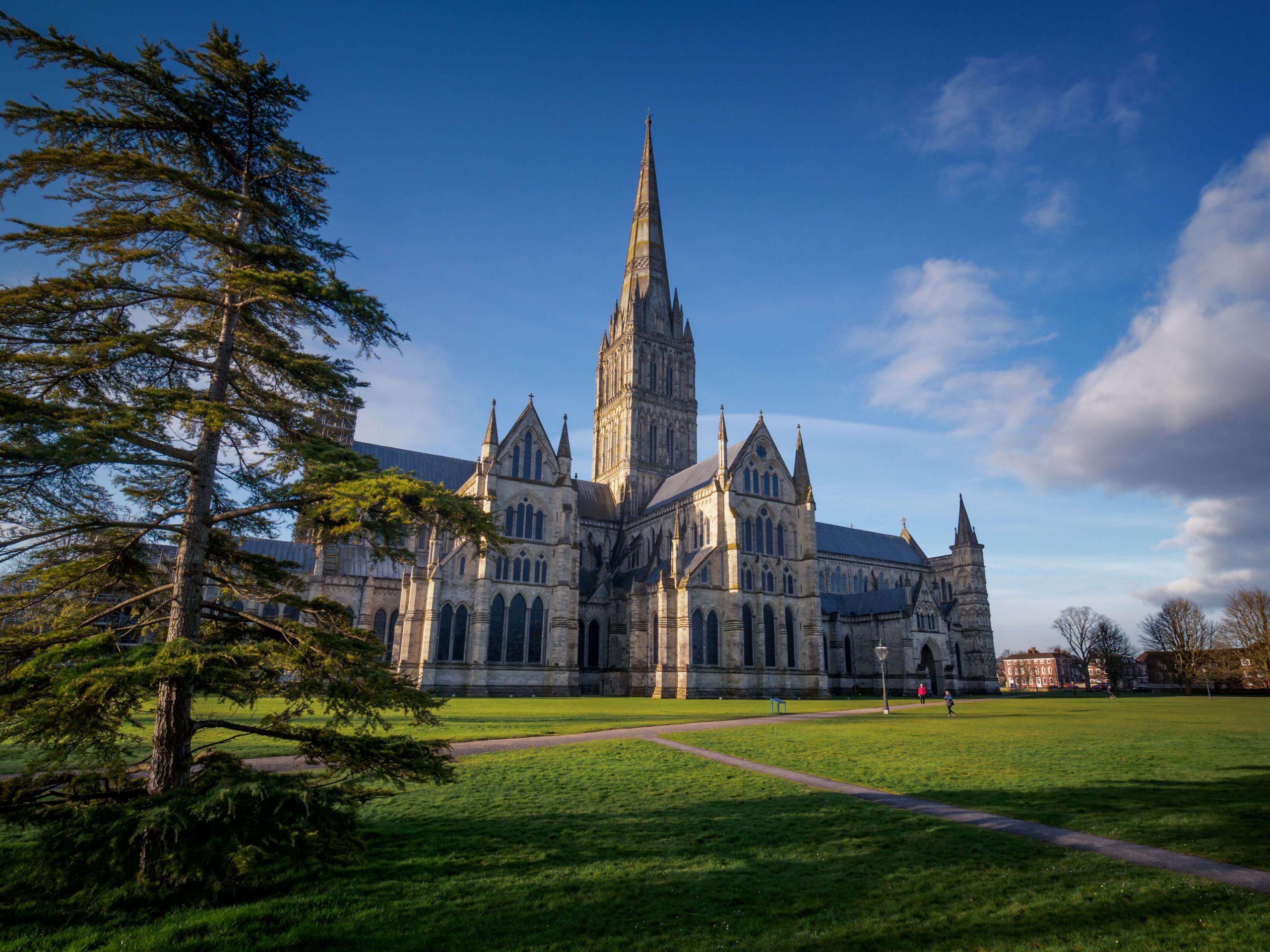