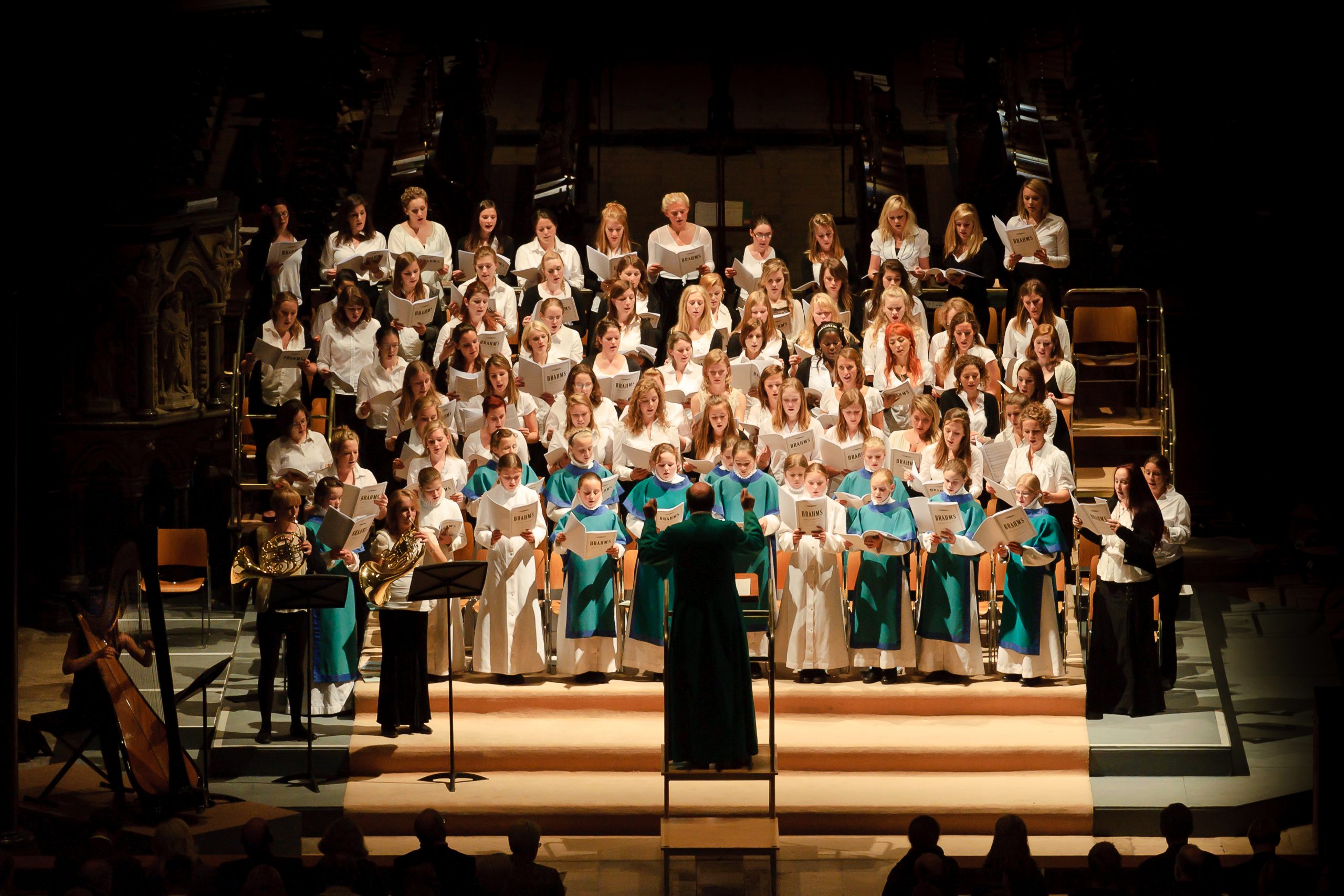 A special Gala Concert marking the 30th Anniversary of the founding of Salisbury Cathedral’s girls choir is taking place in the presence of Their Royal Highnesses The Duke and Duchess of Gloucester.

The concert, which will be led by the current Cathedral girls choir and adult singers, supported by former girl choristers, takes place in Salisbury Cathedral at 19.00 on Saturday 9 October.

A highlight of the evening is a new work by the renowned composer Roxanna Panufnik, which has been commissioned specially for the occasion.

To mark the anniversary, Panufnik has taken George Herbert’s poem, The Pearl, and created a choral work to be sung by the whole girls choir (former choristers and current choristers). The poem she has selected is part of a collection, The Temple, published after the poet’s death in 1633. One of a series of poems exploring the individual’s struggle with his faith, The Pearl reflects on Herbert’s decision to leave Parliament and his academic life in Cambridge to become a vicar in the small village of Bemerton, just outside Salisbury.

The Gala concert takes place three decades (almost to the day) after the girls choir sang their first Evensong on October 7 1991, an extraordinary moment not just in the history of the Cathedral but in cathedral music. At the time there were some girls singing in other cathedrals, but Salisbury was the first English Cathedral to admit girls on parity with the boys and to establish an independent foundation to support girl singers.

The youngest of that first intake of girl choristers, Amy Carson, returns to perform a solo, Pamina’s aria Ach, ich fühl’s from The Magic Flute by Mozart. Amy, who graduated as a music scholar from Cambridge and then the Royal College of Music, sang Pamina in Kenneth Branagh’s film of The Magic Flute shortly after leaving music college.

Another award-winning soloist, Camilla Harris, also a former chorister and recent graduate of Royal Academy Opera, sings Let the Bright Seraphim, the aria from Handel’s oratorio Samson, in which the soloist summons the celestial hosts of seraphim and cherubim to hail the dead hero.

Speaking about the anniversary and concert, Director of Music David Halls said: “The success of our girl chorister tradition has been replicated in cathedrals throughout the country and is something of which we are rightly proud. For thirty years the girls choir has been an integral part of our worship, and a wonderful training ground for young musicians. This concert celebrates that legacy and reflects the long tradition of music at Salisbury Cathedral, a tradition that stretches back nearly a thousand years.”

Lady Chichester, Chairman of Salisbury Cathedral Girl Chorister’s Foundation said: “I am delighted the Gala Concert is able to go ahead, given the challenges all musicians have faced over the past year. More than 150 girls have benefitted from the outstanding choral training at this Cathedral, and the pioneering decision to establish the Girl Chorister’s Foundation has been generously supported by our donors over the years, offering girls and young women life-changing musical opportunities.”

An equally ground-breaking orchestra, the South Bank Sinfonia, accompanies the singers at the Gala Concert. The South Bank Sinfonia was set up in 2002 specifically to offer graduate musicians, recruited from around the world, orchestral experience. This year the orchestra merged with St John’s Smith Square, which will become the orchestra’s permanent home, with the intention of establishing a hub for world-class musical development focusing on emerging talent.

Click here for more details about the programme and tickets (£10 – £100 with VIP tickets including a champagne reception).