So there is hope 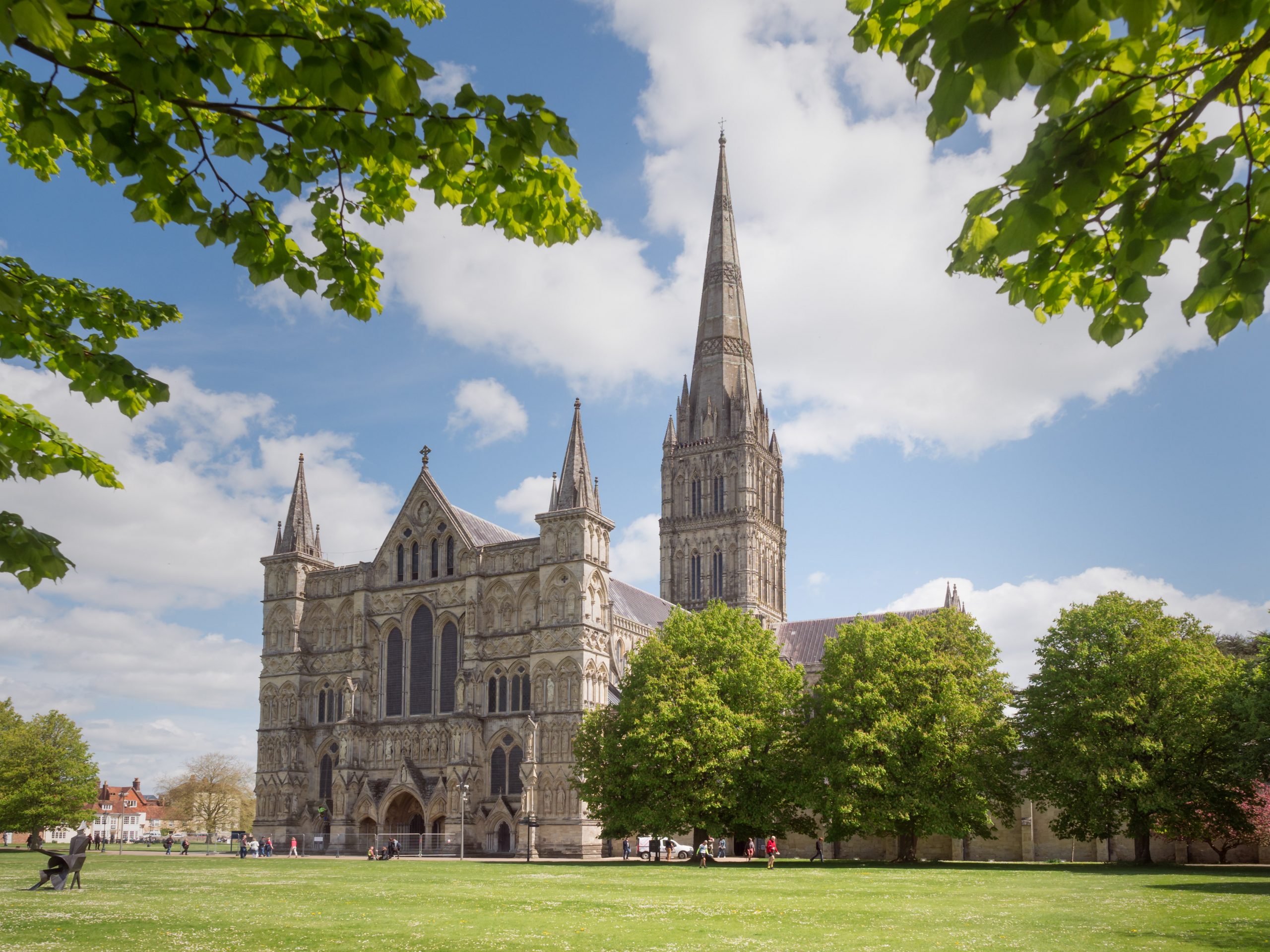 One of the last things I did before succumbing to Covid two weeks ago was to visit the exhibition of Raphael’s work which is currently running at the National Gallery. I shudder to think how many people I passed the virus to that afternoon. But don’t let that deter you – it’s a wonderful exhibition; do go and see it; just watch out for deans coughing surreptitiously in the corner.

One of the discoveries I made there was his painting of Ezekiel’s Vision.  I’d never seen an artistic depiction of it.  In Raphael’s painting, God is borne aloft into a dramatically cloud-fringed sky by the four creatures of which the prophet writes.  An ox; an eagle; a lion; and an angelic being carry God.  His arms are upraised, his grey hair and beard are wind-blown, and his torso is muscular and enviably toned – in Raphael’s world, God works out.

But not just in Raphael’s world.  His interpretation of what the God of the Old Testament looks like has an impeccable Biblical pedigree.  Francesca Stavrakopoulou is Professor of Hebrew Bible and Ancient Religion at the University of Exeter.  In her mammoth cultural history God: An Anatomy she argues that images of God which are a bit more twenty-first century – God as spirit; God as light; God as love and truth and beauty – are profoundly at odds with the God of Scripture.  Across more than 500 pages Stavrakopoulou points her readers to traces – actually, to more than traces – deeply embedded within the Old Testament, of exactly the unequivocally embodied, powerful, exalted, masculine God of Raphael’s painting.  She argues that in the earliest traditions captured by the Bible homage is paid to a God with “…a super-sized, human-shaped body with male features and shining, ruddy-red skin, tinged with the smell of rainclouds and incense”.  This God has bulging biceps and forearms as hard as iron; this God’s nostrils are broad and the scent of burnt animal flesh lingers in them; and this God’s hair and beard shimmer, dark like lapis lazuli, then bright like fresh snow.  A God who works out.

Perhaps, like me, you find that a deeply unsettling image of God; perhaps, like me, you find it a profoundly unhelpful prompt to prayer and worship.  The world has suffered enough at the hands of super-sized men, or, at least at the hands of men with super-sized egos.  We don’t need another of them in Heaven.  But on Trinity Sunday it’s only by recalling that image that we can come close to the shock that the faith of Jesus must have caused among those who first heard it proclaimed.

For when St Paul directs a letter to the Christians of Rome he directs it to a community steeped in a culture of glorified masculinity.  The shrines and altars of the city were stocked with images of the sort of God that Raphael paints and the sort of God that Stavrakopoulou imagines: exalted, weaponized, male, just like Caesar himself.  It’s into this testosterone-charged milieu that Paul writes five words that must have made their early hearers’ jaws drop.  “…We boast in our sufferings”.  “…We boast in our sufferings”.  Well, not in first-century Rome you didn’t!  Suffering was for wimps; it was emphatically not something that Romans would have thought to boast about.  They boasted in their strength.  Suffering was the antithesis of everything good and desirable.  In a world where the gods are macho warriors, and where human society is ordered to mirror the values that their swaggering forms represent, suffering indicates the total absence of divine presence or divine favour.

Yet “…we boast in our sufferings” Paul insists.  He does so, of course, because he is consumed by his conviction that God has made himself known to the world not in a spear-toting hero but in an executed prisoner.  Paul’s God is a crucified God.

Our modern minds struggle with the notion of resurrection.  In our experience those who die are not visibly returned to life.  But to ancient minds resurrection was not a huge problem.  The myths and legends that they told and retold spoke often of mortals who die and are reborn, or of mortals who die and are turned into gods.  To ancient minds it was crucifixion that was the problem.  It was a means of torture so cruel that it was carried out beyond the city walls, where decent folk could not see it; it was a means of torture so savage that almost no written records survive describing it.  It was the guilty secret at the heart of imperial Rome.

“That a man who had himself been crucified might be hailed as a god” writes Tom Holland “could not help but be seen by people everywhere across the Roman world as scandalous, obscene, grotesque”.  But Paul boasts in his sufferings  – he boasts in them because he believes that in his sufferings he is united with his God, and that because he is united with his God he can look ahead with hope.  “…Hope does not disappoint” he writes.

You might almost miss it, but Raphael includes the prophet Ezekiel in his painting.  He is just about visible in the bottom left-hand corner, a tiny figure barely the size of the eagle’s talon, raising his hands to heaven.  He is outside God’s field of vision and, in the over-all composition, utterly inconsequential.  But the Gospel of which Paul is a servant and the Gospel of which he writes changes that balance irrevocably.  It pulls God off the backs of the four creatures and drags him down to earth, placing him alongside the puny figure of the prophet.  It lacerates the taut flesh of his superb physique, wounding his head, his side, his hands and his feet, and wounding them eternally.  It plants God’s feet on the very soil into which his blood runs.  The soil of Donetsk; the soil of Rwanda; the soil of Salisbury.  The power of God is not that of the ancients, writes Paul.  It is not made visible in swords wielded and lives taken.  The power of God, holding the universe in being, is made visible in the self-giving of the Crucified One, who gives away everything that he has and only then discovers that there is more to come.

Dreaded by preachers and, probably, by congregations, Trinity Sunday is not about a doctrine.  It does not proclaim a Key to All Mythologies, an idea which is bigger and better and cleverer than all the ideas that have gone before it.  Trinity is about the lived experience that countless men and women of faith have had across two millennia.  Trinity asks us to acknowledge the truth into which the Spirit of truth has led us, the truth which fills our hearts.

David Jenkins was a much-maligned Bishop of Durham but towards the end of his life he was challenged to express this truth in words of one syllable.  He rose to the challenge and it’s rarely been better put: