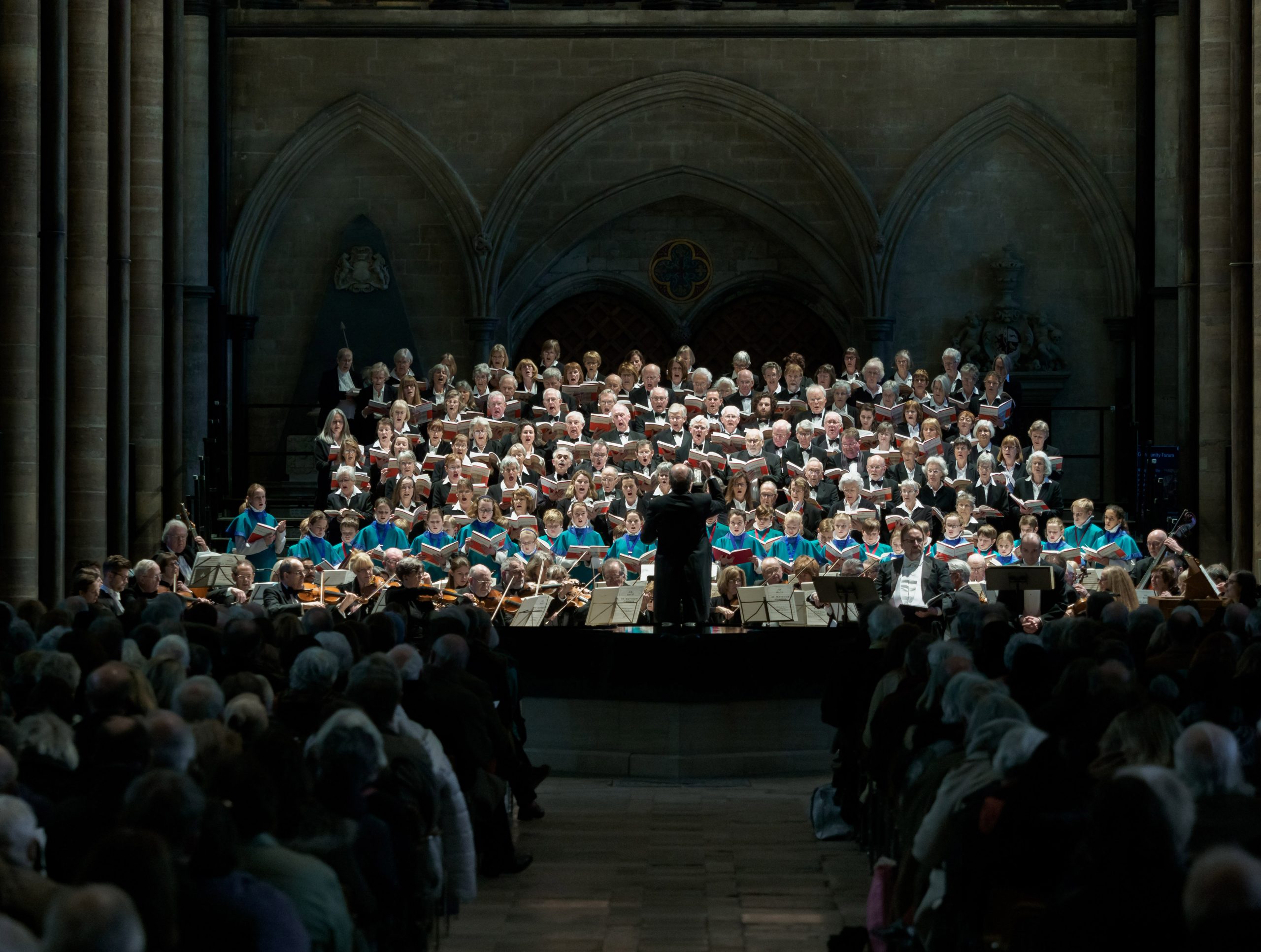 Salisbury Cathedral is mounting an ambitious performance of Claudio Monteverdi’s masterpiece, the Vespers of the Blessed Virgin Mary, with four choirs (including the full Cathedral choir – men, girls and boys) and eight soloists, accompanied by the period orchestra Florilegium.

During the concert on Saturday 20 November, the choirs and musicians will sing and play from different points in the Cathedral, creating a stunning ‘surround sound’ effect.

Monteverdi’s Vespers, completed in 1610, is a work that calls on a variety of musical styles, lending itself to using the entire Cathedral space. In next month’s performance, the Salisbury Musical Society and the St John Singers will form the main choir at the Spire crossing, while the Farrant Singers and Salisbury Cathedral Choir will process around the building, performing in different spaces. Some of the soloists and even a few instrumentalists will also be on the move.

“We performed the Vespers this way at one of the Southern Cathedral Festivals and it sounded magnificent. It is almost as if the composer was trying to showcase the full range of his capabilities, and the variety in the 13 movements lends itself to exciting possibilities in performance, with choirs and instrumentalists echoing each other throughout the Cathedral space.”

Whilst not exactly cinema ‘surround sound’, David hopes that November’s Vespers will be truly spectacular, offering a tremendous experience to performers and audience alike.