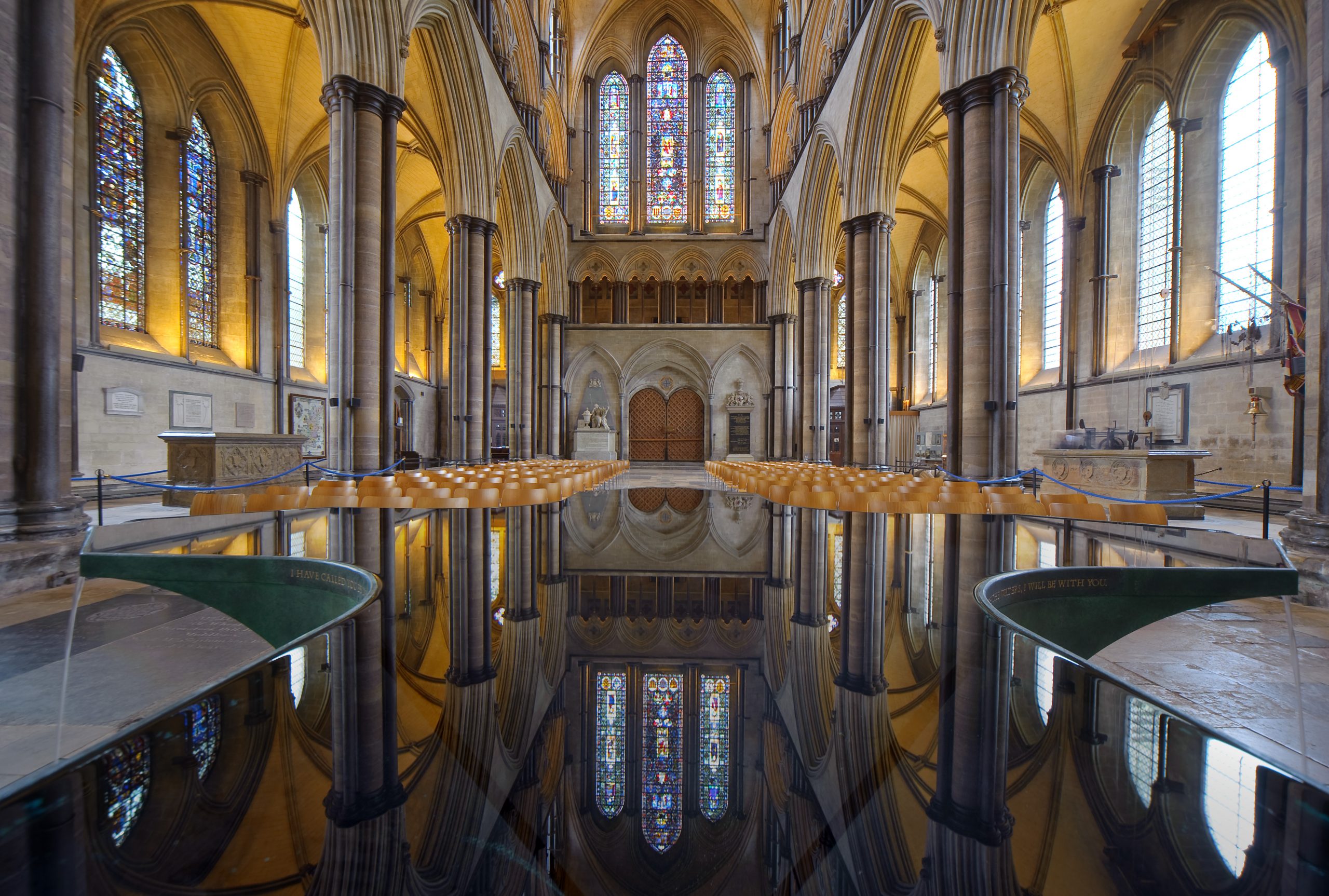 A sermon preached by Revd Maggie Guillebaud on 5 June 2022, the Day of Pentecost.

I wonder what it feels like to be called drunk at nine o’clock in the morning? Not something I suspect some of us have been accused of since those heady far-off days of student excess. But that was the uncomfortable reality for those early disciples who, after the extraordinary days running from the Crucifixion to the Ascension, where Luke tells us Jesus promised his followers that they would receive the Holy Spirit, to Pentecost itself, where quite unexpectedly the promised event actually happened. What was this frightened group of people, and us, to make of this strange event?

It was, to put it simply, the birth of the Church.

Jesus prepared his followers well for this moment, even if they did not understand until later what he had been trying to tell them. In this vein for example Philip in today’s Gospel requests the obvious:  ‘Lord show us the Father and we shall be satisfied.’ Seeing God will make all Jesus’ rather obscure teaching clear, thinks Philip. Jesus disagrees. Has Philip not understood that in seeing him he has seen God?

Theophanies, those meetings of men and women with the Divine, are never predictable. Moses asked to see God, knowing that no one could see God and live, so God told him to hide in a cleft of the rock as his glory passed by, and Moses lived to tell the tale. Isaiah had his theophany in a vision of the temple where all he could see of God was the edge of his robe. And all those who met Jesus during his life had had, unknown to them, their own theophanies. All his disciples, his family, the woman he met at the well, all those he healed, and so many more – all had had that rare encounter. We can never know how or when such moments will occur. For any of us.

In gently upbraiding Philip Jesus makes it clear that those who have seen Jesus have seen the Father: I am in the Father and the Father is in me. And if they find this hard to believe, they are to trust in the works of Jesus, his miracles, his teachings, his interactions with those who follow him. I suspect many of us, on those days when we find faith hard, turn to the works of Jesus to bolster our faith.

But what the disciples do not understand at this moment is that this promise of the coming of the Holy Spirit will close one door – the earthly life and ministry of Jesus – but more importantly open another – the empowering of a new and unsteady little gathering of believers in Jesus who will give birth to a Church which will spread throughout the world. As T.S. Eliot would later put it, ‘In my end is my beginning.’ The end of one era would give rise to the beginning of another.

John in his teachings about the Holy Spirit throughout his Gospel identifies at least five features of the Spirit, two of which are identified here: the Greek parakletos, in this translation of the Bible named as the Advocate, in other translations as the Counsellor, will nurture and empower the disciples after Jesus is finally taken from them. This is the empowering presence which will help them to live faithful lives as he has commanded, ‘If you love me, you will keep my commandments’.

The second is that this Spirit is the ‘Spirit of truth’, the one who teaches and enables the community to remember all Jesus that has taught. The community will have to remember what this truth is, and that in itself carries a warning that this will not be easy. And yet it holds within itself the promise of growth, of a future for these disparate people. This is not the end. Their job now is to spread the truth.

Elsewhere John teaches that the Spirit is a divine gift sent by the Father. This is not a gift which can be manipulated or caught. It is a gift and comes when and where the Father wills it.

And John further teaches that this gift sets the disciples apart from the world. It distinguishes them from the world as the Spirit begins to dwell in them in a way that is particular to them. They are in a sense anointed by the Spirit as those flames of fire rest on each member of the group individually. It will be this indwelling of the Spirit, the empowering of the Spirit, that will allow the disciples to break cover, to release them from the cowering ‘fear of the Jews’ as John later describes their behaviour after the Resurrection. They will step confidently out of this hiding into a new world where there is work to be done.

And later on John describes Jesus’ promises that he will not leave the disciples ‘comfortless’, so giving rise to the naming of the Spirit as the Comforter, the Spirit which guides and sustains us, comforts us, in times of trouble or doubt.

I think over the years we have perhaps not given enough attention to the Holy Spirit, this final part of the puzzle of the Trinity. Are we perhaps slightly embarrassed, for example, by the outpourings of the Spirit at events like the Toronto Blessing, when in 1974 huge numbers of people were caught up in the Spirit in a most dramatic way? Do we slightly distrust charismatic Christians who are regularly slain in the Spirit? Tell it not in Gath, but is this perhaps a bit non-Anglican?

I think this is a pity. For myself, I see signs of the Spirit everywhere. I see it at every Baptism and Confirmation. I see it at every Eucharist, hear it in every blessing. I see it in the kindness towards the dispossessed and homeless, as with all those who have opened their homes and hearts to Ukrainian refugees. I see it in the doggedness of our clergy who continue, through thick and thin, to proclaim the Gospel. I see it in the lives of Christians in secular employment, some of them who are our M.P.s, who adhere quietly and unobtrusively to Christian values in their work. I see it in the darkest places of the world, where all hope appears to be lost, caught so poignantly in the inscription on the walls of a Nazi concentration camp in the 1940s:

I believe in the sun even when it is not shining.

I believe in love even when I cannot feel it.

I believe in God, even when he is silent.

And I believe we see it this week, as we celebrate Her Majesty the Queen’s Platinum Jubilee, in the work and witness of a monarch who has never wavered, or been shy of proclaiming, her Christian faith, a faith which has underpinned and enabled her to continue her steady and devoted service both to God and to her country and Commonwealth for an astonishing 70 years. In her anointing during the Coronation the Archbishop of Canterbury called on the Holy Spirit to enable her Majesty to fulfil her destiny in the years to come, just as those early disciples had in effect been anointed by that same Spirit on the day of Pentecost.

In the final analysis the Spirit is, as Jesus promised, the one who helps us, fortifies us, empowers us to continue our Christian journey. It is our Advocate, our Counsellor, our Comforter, our teacher, the one who sets us apart to act as witnesses to God’s unending love and care for the world he has created. It is perhaps the greatest gift of God to his Church, indeed a foundation stone of that church to which it gave birth as those disciples were accused of drunkenness at 9 o’clock in the morning.

So we should embrace it! Give thanks for it! Allow it to fill our lives with optimism and hope, even when the going gets tough.

And on this Jubilee weekend we should especially give thanks for the example and inspiration of a monarch who has been guided and nurtured by that same Spirit which was released over two thousand years ago to bind us all, in the Trinity and in perpetuity, to the one who is Father, Son, and Holy Spirit.