Leadership. Integrity. Us. And Chutney. 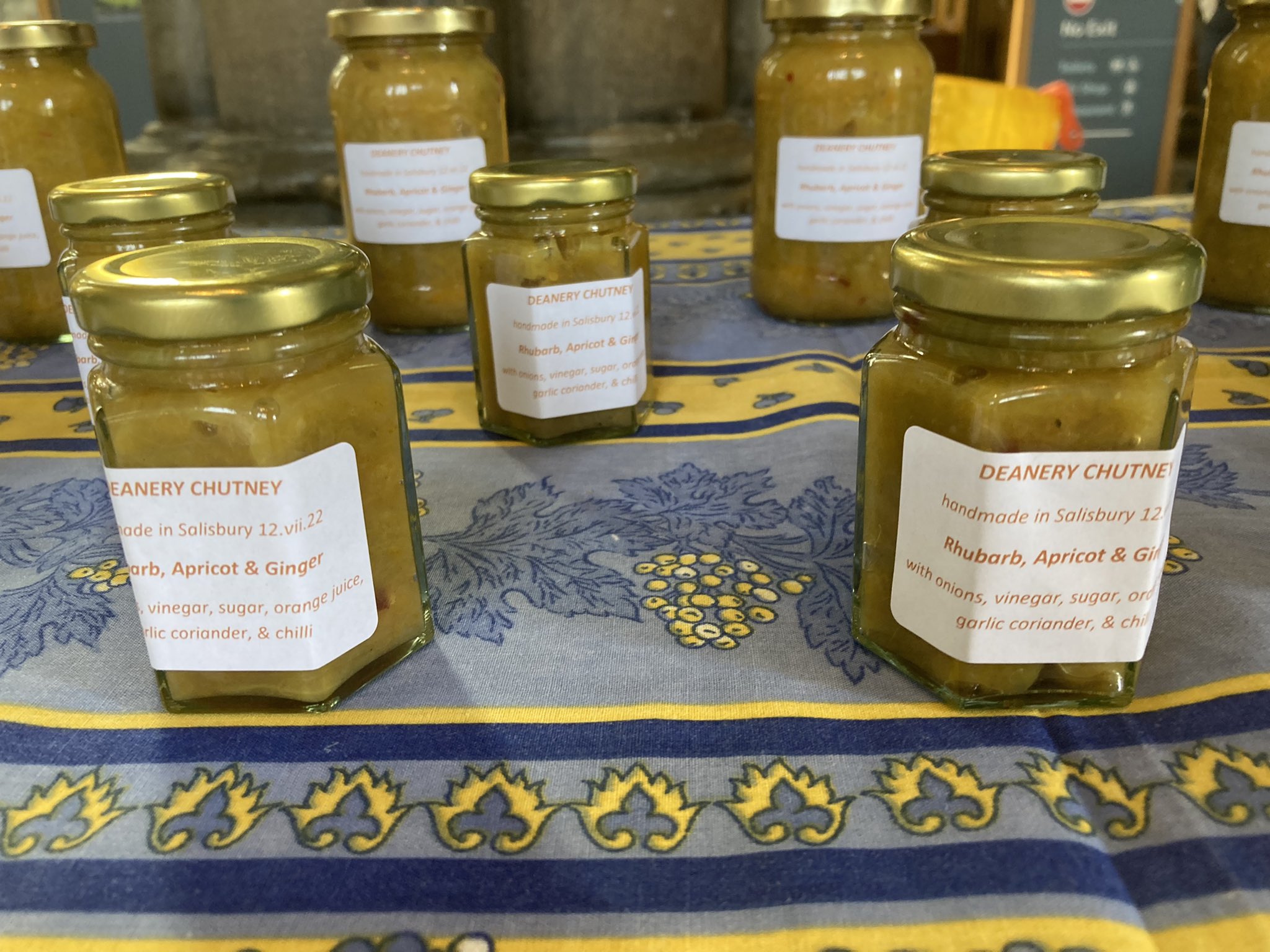 A Sermon by The Very Reverend Nicholas Papadopulos, Dean of Salisbury.

“I have consistently delivered when I said I would”. “I’ve shown I can lead where it matters”. “My values are non-negotiable”: three quotes plucked from the campaign videos of three of the candidates vying for the leadership of their party last week. Each seeks to address the question of integrity. Each of the men and women who would be Prime Minister has a different background, different experience, different friends, different ways of looking at the world. Yet in their statements they set out to reassure the electors that all of these – what they have learned, what they believe, what they say, what they do – that all of these align. I note that none of them have yet made their position on chutney clear, and I for one hold that against them.

The authorship of the jars that will be available to you at the end of the service (did I mention that?) is not in doubt. I take full responsibility. But Paul’s authorship of the Letter to the Colossians has been a source of controversy for Biblical scholars. It may open with the words “Paul, an apostle of Christ Jesus by the will of God”; it may close with the words “I, Paul, write this greeting with my own hand”; but Paul’s direct association with the letter has been contested. The contest has been based, among other things, on one of the verses read this morning.

The scholarly argument runs that the author could not have been Paul – not Paul, who gives his life to proclaiming Jesus crucified and risen. The Paul who we know through the Acts of the Apostles and through his other letters could never have claimed parity with Christ. He could never – with integrity – have written this letter. It would amount to saying one thing to one audience, and another to another (the sort of behaviour that no Prime Minister ever exhibits).

On this reading the author is not claiming equality with Christ. Instead, he is living in fidelity to Christ. Integrity does not permit him to do the former. Integrity demands that he does the latter: endure chains, endure prison, endure death. This is the Paul we know: the author who a few verses later writes to the Colossians that their hope of glory is “Christ in you”; the author who writes elsewhere of carrying in his body the death of Jesus so that the life of Jesus may be made visible; the pot of chutney, if you’ll allow it, whose ingredients coalesce to produce a single, faithful whole.

While Martha is distracted it’s her sister’s integrity that compels her to sit at the feet of Jesus and listen to him. Like Paul, Mary is a member of the body of Christ. When Jesus enters the room, she recognizes him. She recognizes him not as the wandering teacher who is a family friend. She recognizes him as the Lord, as the one to whom she belongs, as the one whose life lives in her. “Deep calls to deep”, as the Psalmist puts it. Integrity requires her to do one thing only: be faithful, sit, and listen.

Today we are saying au revoir to eight exceptional sets of ingredients, all of them on their way to becoming eight exceptional pots of chutney. Six of them are our Senior Choristers: Alice, Charlie, Emma, Isabel, Ollie, Rosie and Zeeshan. Two of them are two of our servers, Joyce and Abigail. Choristers often hear these words prayed before processing into Evensong:

“Grant that what we sing with our lips,

we may believe in our hearts,

and what we believe in our hearts

we may show forth in our lives”.

It’s a beautiful prayer – it’s the Chorister’s Prayer – and it’s a prayer for integrity. “The heavens are telling the glory of God” the Choir sang last night. The beauty, the harmony, the perfection of what God has made reveals who God is. God is integrity. God doesn’t have favourites; God doesn’t change his mind; God doesn’t have bad days. God is who God is. Which is why integrity matters. If you pray only one thing after you leave, I hope it’s this.

Not just the leavers. The Choristers’ Prayer is a prayer for all of us. We demand integrity in those who lead us. We are right to do so, particularly after the last three years. But as God is integrity then integrity is what we in turn owe one another. Vinegar and sugar; rhubarb and apricot; chilli and coriander. They’re all good and they’re all in each of us. But when the lid is removed, what is revealed? Amen. 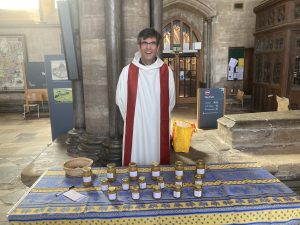