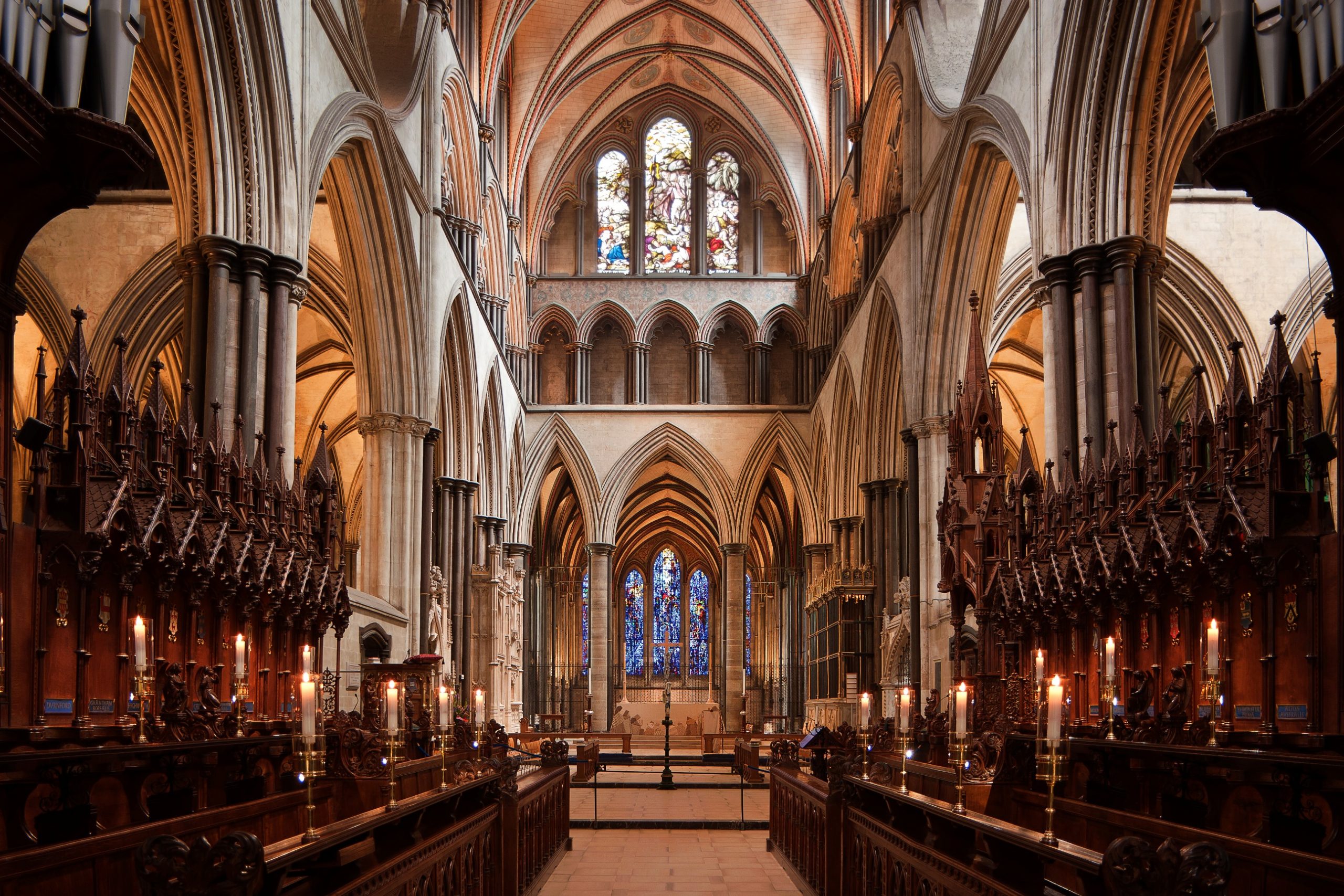 A Sermon preached by the Precentor at Choral Evensong, Canon Anna Macham

What’s it like to be a twin?  Most of us, who aren’t twins, have probably wondered that at some point in our lives.  Twins, especially identical ones, are said to have a special bond, a closeness that is unique and maybe- it seems- that other people can’t understand or experience in quite the same way, even if close to a sibling.  Our fascination with twins is probably shown in how many famous examples there are in myth and legend.  Such is our obsession with them in modern fiction that- in a creative writing course I attended a few years ago- a literary agent advised the class that including a pair of twins in your novel or short story might well increase your chances of getting it published!

My favourite fictional twins as a child were probably Jessica and Elizabeth Wakefield in the Sweet Valley High books.  My favourites as an adult are Olanna and Kainene, in Chimamanda Ngozi Adichie’s classic tale of the Nigerian Civil War, Half of a Yellow Sun (2006).  The thing about these two is that, though the same in appearance, they are completely different in personality- Olanna is dreamy and intellectual, kind and idealistic, whereas Kainene, a business woman, is abrasive and hard to reach.  The civil war brings them closer together, then pushes them further apart- until at the end, their separation feels like a tragedy.

Jacob and Esau, in our first lesson from Genesis, have got to be one of the most famous examples ever of twins.  In this well-known and memorable story, the plot capitalizes on their differences.  Esau is a hunter, a man of the fields, whereas Jacob is a quiet man, living in tents.  Jacob is- supposedly- fine featured, with smooth skin, whereas Esau is hairy with a ruddy complexion.  Twins are meant to be close, yet these two seem to hate each other.  Their conflict begins even in the womb.  Esau was born before Jacob, who came out holding on to his older brother’s heel as if he was trying to pull Esau back into the womb so that he could be firstborn.  The name Jacob means “he grasps the heel,” which is a Hebrew idiom for deceptive behaviour.

For the whole of their lives that follow, these twins seem fated to disagree and argue.  In the well-known section of the saga we heard this afternoon, Rebecca, the twins’ mother, helps Jacob to trick his blind father Isaac into thinking that he is Esau, his father’s favourite, bringing him food and putting on Esau’s clothes and hairy animal skins, in order to get his blessing, which Esau, as the firstborn son, is entitled to.

For Jacob, receiving his father’s blessing is a moment of pure, unmerited grace.  For Esau, the pain of loss is immense.  In the logic of this story, there is only one blessing and to lose it is devastating.  We feel Esau’s pain, and Jacob- though blessed- has to flee for his safety, because Esau is so angry he “is consoling himself by planning to kill [his brother].”

There are two ways of reading this story.  On the one hand, it prefigures Jesus by challenging the social order.  The world of privilege that promises blessing to the oldest child- destining some to advantage and some to disadvantage- is radically disrupted.  The God of blessing sojourns with the “low and despised,” (cf Luke 7:34), in this case, the younger child, calling into question a conventional settlement of power.  On the other hand, the new preference for Israel, represented by Jacob, over Edom, represented by Esau, risks reinstating the exclusionary system it subverts, not least through the selfish grasping and cunning that has brought it about- which is possibly why Esau remains a positive presence throughout the rest of this story as it unfolds, a visible reminder of Jacob and Rebecca’s wrongdoing.  The power of blessing is juxtaposed against the practice of deceit and trickery.

Later in the Jacob and Esau story, Jacob tries to make up with his brother.  That possibility seems to be held open.  Yet perhaps what keeps the story so exciting and compelling is that- with so much history between them- their reconciliation, which comes much later, is ambiguous, and never final or complete.  Jacob has been blessed, yet the blessing has come at a cost, with such an unfair act inevitably creating new waves of resentment and tension between the two brothers.  Where we leave them at the end of today’s reading, the twins Jacob and Esau- though part of one family- are utterly divided.

Over the last few days, we have seen in America the complete division of society, with the overturning of Roe vs Wade, with scenes of both rejoicing and of tears and deep anguish on our TV screens.  The twins Jacob and Esau, if they teach us anything, show us the difficulty, and the cost, of reconciliation of our differences.  Christian views on the abortion debate are probably just as polarized in America as the scenes we see on our screens- with conservatives taking a hard pro-life line, and liberals the opposite; indeed Christians have undoubtedly contributed to them.  But at least, in the story of Jacob and Esau, the possibility of reconciliation- or at least of the two sides talking to each other- is always held open, even if it’s never fully enacted.

For me, the best Christian defence of the practice of abortion- which I happen to agree with- is Mary Gordon’s careful and nuanced “pro-choice” treatment of the subject in her book Good Boys and Dead Girls and Other Essays (1991, pp.140-1). But I wouldn’t even know about this if I hadn’t been pointed towards it by Rowan Williams’ much more “pro-life” essay in his book Lost Icons which, as you would expect from him, is also careful and nuanced (2000, pp.31-47).

The saga of Jacob and Esau shows that we are all part of one family.  And while we may be hostile to each other- and even get to a point where even hate each other- being family brings certain obligations. We can’t just ignore each other: we have to be in conversation- to start out on a path from where the end of today’s first lesson ends, towards respecting one another, with a goal- as Jacob and Esau did later achieve- of being in careful and nuanced conversation.  In the world of Jacob and Esau, the fact that Jacob received the blessing doesn’t just affect him, but generations of his family to come, showing that we don’t just exist on our own: different generations of the family are inextricably- and terrifyingly- bound together.  Our conversations matter because we don’t- we cannot- exist apart from one another.

St Augustine, in his Confessions, speaks about God being closer to us than we are to are to ourselves, “nearer to us than our innermost being”- a closeness that’s deeper even than the fabled closeness between twins.  This closeness also exists in families, whether we feel we get on or not- perhaps it’s even precisely because of this very closeness that family members feel they can argue and criticize each other.  Last weekend, at his inauguration service, Bishop Stephen, whilst acknowledging that we do not always agree, spoke powerfully about the need to be one family of the Church and there being no “them” and “us” but- in all our differences- only “us.”  Our flawed attempts at reconciliation are played out in the messiness of life- and often limited in their success- but, as with Jacob and Esau in the end, staying in conversation is crucial.