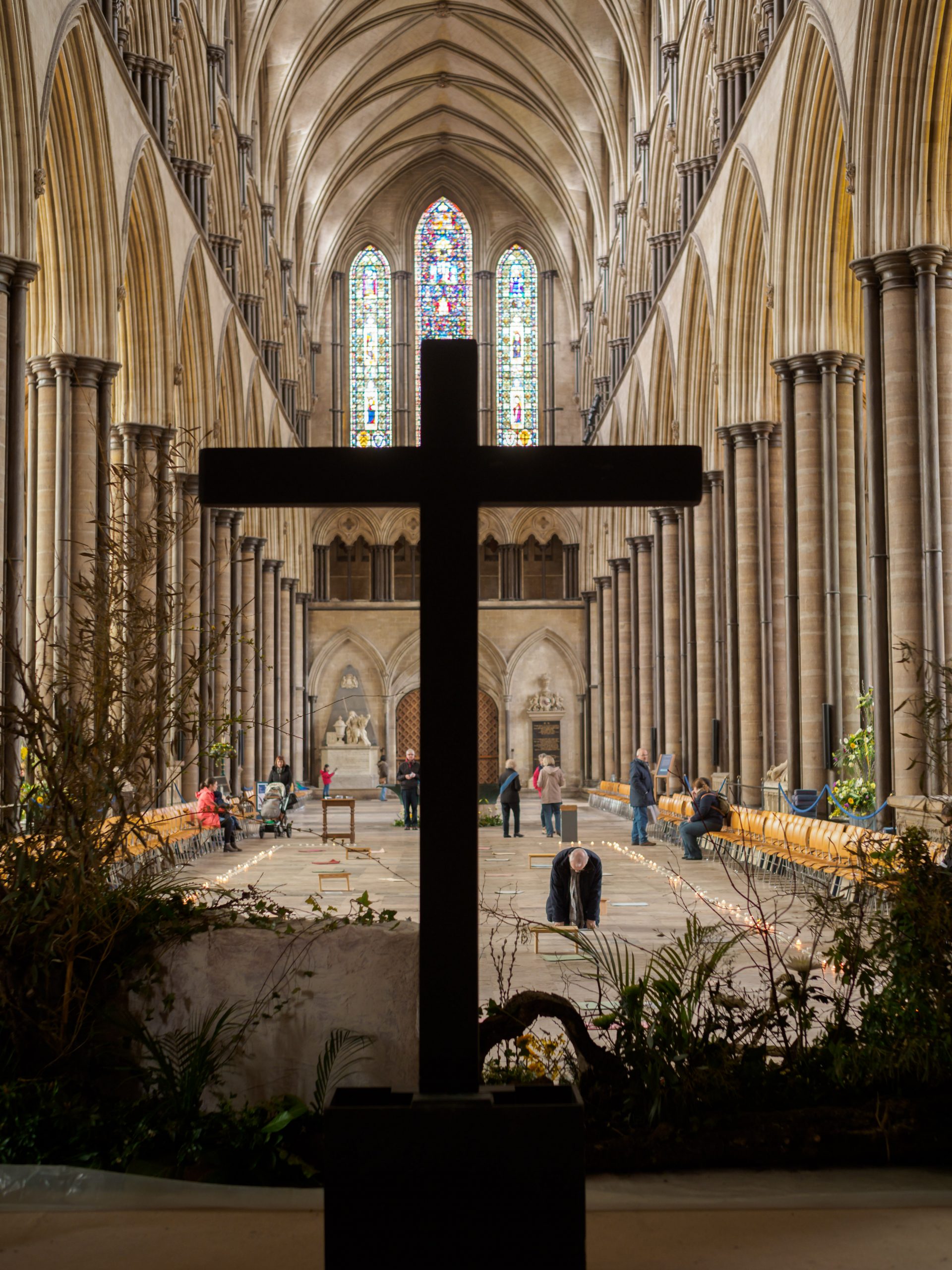 A sermon preached by Canon Treasurer, Kenneth Padley, at the Choral Eucharist

Are you free? Mr Humphries in the 1970s sitcom would have replied in the affirmative, ‘I’m free’. But my question to you this morning is not about your price or availability. Rather I am asking about your autonomy. Do you have freedom? Are you existentially free?

Freedom is greatly prized in the modern world. It is the subject of endless songs by recent and more distant artists: Pharell Williams, Beyonce, Wham, Queen, Bob Marley, Elvis – pick your era … Similarly, freedom and its absence have been explored in many films. Think of Twelve Years a Slave, The Shawshank Redemption, or Cry Freedom, a story from apartheid-era South Africa.

Freedom is more than a personal quality. It also has shared, political implications. For example, the French enshrine liberté in their national motto, while the desire for independence inspires and stiffens the resolve of soldiers in Ukraine.

But are you free? Do you really have freedom? I ask because one person’s freedom can so readily infringe the freedom of others. A particularly egregious example is the constitutional right of Americans to bear firearms (once again in the news). Here is a freedom, preciously guarded by some, which repeatedly has such a devastating impact on the right of others to liberty of life and limb.

In smaller and less ultimate ways we all experience factors that limit or regulate our autonomy. Our lives are governed by diaries and bells and constantly buzzing communication devices. It was ever thus: as we heard in today’s gospel, when Jesus uttered his radical summons to ‘follow’, excuses about cultural expectations and family commitments soon flooded in.

St Paul at the start of our first reading announces that ‘for freedom, Christ has set us free’. A cursory inspection of Galatians chapter five suggests that Paul has in mind a challenging and potentially confusing notion. In verse one he says that because we have been made free in Christ we should not submit again to a yoke of slavery. (By ‘slavery’ here he means the guilt and corruption of sin.) Yet in verse 13 Paul insists that Christian freedom is not an opportunity for self-indulgence such that through love we should become slaves to one another. He is saying that we should choose greater mutuality and interdependence.

St Paul’s concept of Christian freedom is distinct from two commonly-received understandings of freedom in the ancient world. The first is political, the second more personal. Both have implications for our own lives of faith so let’s examine each in turn.

Firstly political freedom. Classical Greek cities valued the idea of freedom as a guarantor against tyrants – rulers who told everyone what to do. Freedom also encapsulated their safety from external foes, that city along the coast which might attack and subjugate them. Freedom was the essence of each city’s democracy and independence. One classical historian, Xenophon, even went so far as to equate freedom with salvation.

Classical Greeks associated such political freedom with law because laws were the rules that ensured a dictator could not seize power and overthrow the democratic rights of freemen. Sensible though this sounds, this is where the thinking of Paul starts to head in another direction. Paul was much less positive than those ancient Greeks about law. Paul found that the Law – that is our Old Testament – did not liberate. Law told Paul when he made a mistake but did not bring him any closer to God. Indeed, by making him aware of his trespasses, Paul perceived the Law to create a barrier of guilt between him and God. For this reason, Paul came to regard Christian freedom not as coming from the Law but through faith in Jesus and his gift of God’s Spirit. To this end he wrote in Galatians 5.18, ‘if you are led by the Spirit, you are not subject to the Law’.

Christian freedom for Paul is therefore a spiritual reality, a truth about our relationship with God won by Jesus on the cross and accessed through our faith in him. Paul found that belief in Jesus freed him from sin and guilt in a way that law never could. This means that freedom is a thing which dwells in the hearts of women and men and is not subject to the whims of rulers nor legislative assemblies. This spiritual nature of Christian freedom explains why Christianity has been known to flourish under oppressive regimes as well as within democratic societies.

The spiritual nature of Christian freedom, however, does not limit its implications to an other-worldly realm. Spiritual freedom based on faith in Christ has been known to fuel campaigns for social justice and political liberation here on earth. Martin Luther King’s ‘I have a dream’ speech concluded with thanks that he was ‘free at last!’. Luther King longed for a country which gave outward expression to the inner freedom he found in Jesus. Christian freedom can thus inspire earthly liberation but, ultimately, is greater than it.

I said that St Paul’s idea of Christian freedom not only revised received political ideas but also challenged more personal, philosophical understandings about freedom. We see this in the way that Christianity differs from that strand of ancient ethics known as stoicism. The Stoics argued that those who pursue virtues can be happy even during times of suffering. Stoics regarded freedom as detachment from feelings, ultimately an escape from the fear of death itself. This tended to lead Stoics to withdraw from the world, convinced that freedom is a person’s control of their soul over against menacing external existence.

St Paul didn’t think such detachment was possible. He was less optimistic than the Stoics about human capacities. Paul knew that people are inherently flawed and that we can never fully escape the impairments of existence. Paul therefore viewed freedom not as an attempt at isolation from all forces, but actually as surrender to an external force – the love of God shown in Jesus. To find freedom in surrender sounds paradoxical but that was what Paul experienced at his conversion on the Damascus Road. In that life-changing moment, Paul stopped trying to prove himself by persecuting Christians and chose instead to accept Jesus’ presence in his life.

A definition of freedom which is expressed in a life of submission to God is particularly weird for post-modern people. Post-modernism flatters to deceive by teaching that I am the centre of my own consciousness and decision-making. St Paul denies this. Paul teaches that we are only ever truly ourselves, when we live in God and not our own bubble. As the priestly poet John Donne prayed,

Except you’ enthrall mee, I never shall be free,

Nor ever chast, except you ravish mee.

So Christian freedom is more corporate than Stoic isolation. Hence Paul’s sense that Christians should choose a life which is so interdependent that we have seemingly become slaves to one another.

Friends, a task like this is never going to be easy or perfect. Nonetheless, the challenge issued to us by St Paul today is that Christian freedom calls us to community not isolation and that this will have practical, moral consequences. The Victorian politician Lord Acton succinctly summarised Christian ethics when he said that Freedom is not the liberty to do what we want, but the right to choose what we ought. For freedom Christ has set us free – not to do what we want but to choose what we ought, a life of faith lived in community which exhibits itself in fruits of the Spirit: love, joy, peace; patience, kindness, generosity; faithfulness, gentleness, and self-control.