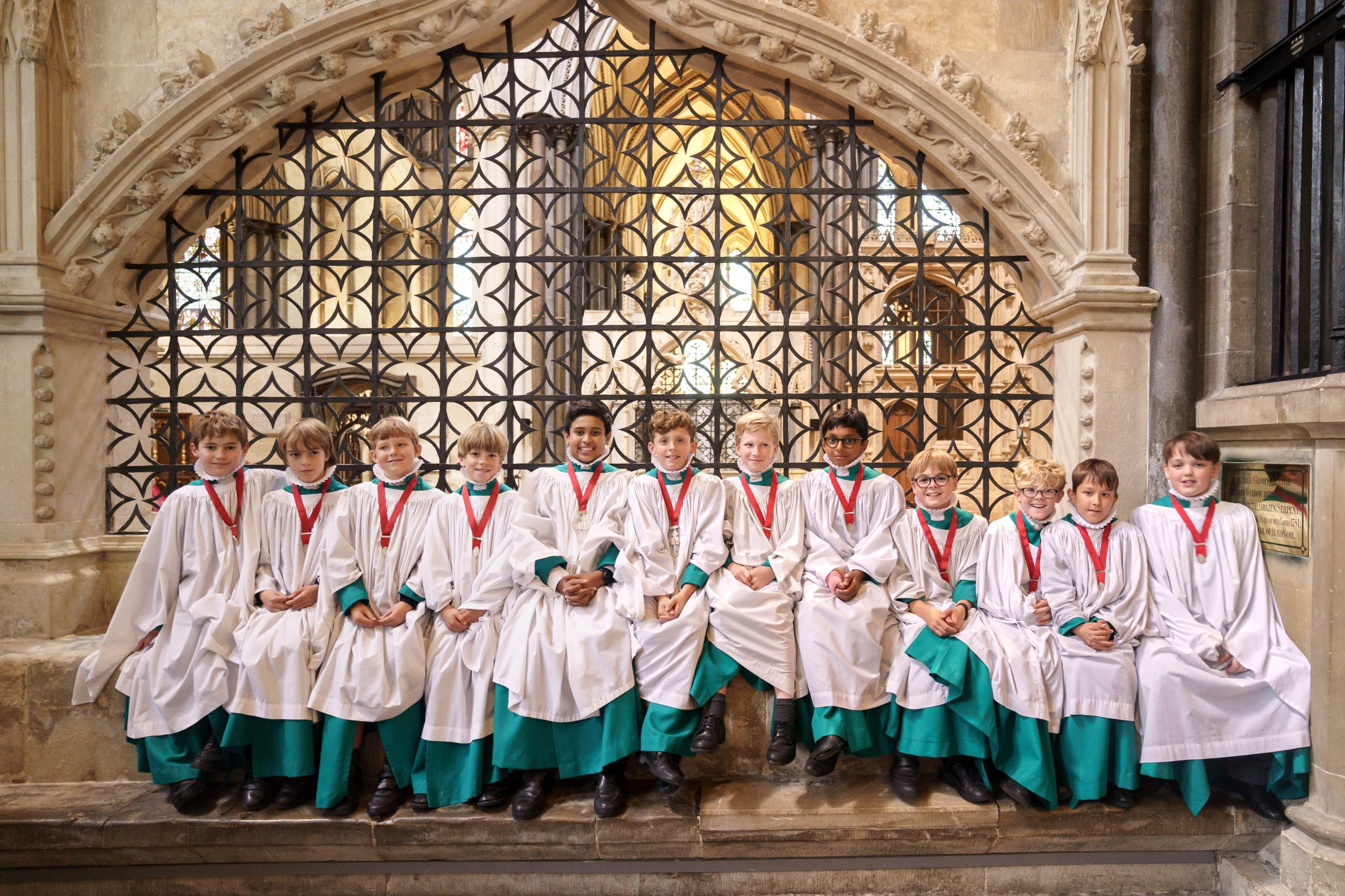 Logan Broom from Ringwood, formerly a chorister at Wimborne Minster, along with Joshua Field from Salisbury and Gabriel Watson, whose father is an adult singer (or lay vicar) in the Cathedral Choir, were welcomed into the boys choir on Sunday – and the following day Phoebe Budd from Salisbury, whose older sister is also in the choir, and Emma Piper were welcomed into the girls choir.

In both cases the special Evensongs were followed by traditional ‘bumping’ ceremonies that are unique to Salisbury Cathedral Choir. The boys’ time-honoured tradition involves bumping newly admitted chorister’s heads on a special stone opposite the vestry. Logan, Gabriel, and Joshua survived the ceremony to take their place with the rest of the choir singing for daily services and concerts.

The girls’ bumping took place in the Trinity Chapel, as is their tradition. Each new girl chorister is ‘bumped’ on the head with a gigantic prayer book in which the names of all the girl choristers since 1991 are written.

Welcoming the new choristers and praising the newly promoted seniors, Salisbury Cathedral’s Director of Music David Halls said: “The boys are singing really well at the moment, so Joshua, Logan and Gabriel should be proud to have earned their places, given the level at which they are currently performing. I am also pleased to be welcoming the new girl choristers. We are very lucky to have such a promising line up this year. As for the seniors, they have all proved over the last couple of years not only that they are musically able but that they are excellent team players. Well done to all concerned.”

The boys’ admissions and promotions come just ahead of the first recruiting event of this year for Salisbury Cathedral Choristers. Be A Chorister For A Day, when children interested in becoming part of the Cathedral Choir and School can visit for the day and explore what life is like as a chorister, takes place on Saturday 2 October. More information on this event can be found here.

David Halls, Director of Music at Salisbury Cathedral said: “We ‘lost’ a year in recruitment due to the pandemic and had to cancel Be a Chorister for a Day last year, so this year’s event is particularly important. Choirs are very dynamic, particularly boys because their voices break, and like any elite team leader I am always happier when I know I have well trained group of singers coming up behind the seniors.”