Falling Down and Getting Up - Salisbury Cathedral
20th February 2022

Falling Down and Getting Up 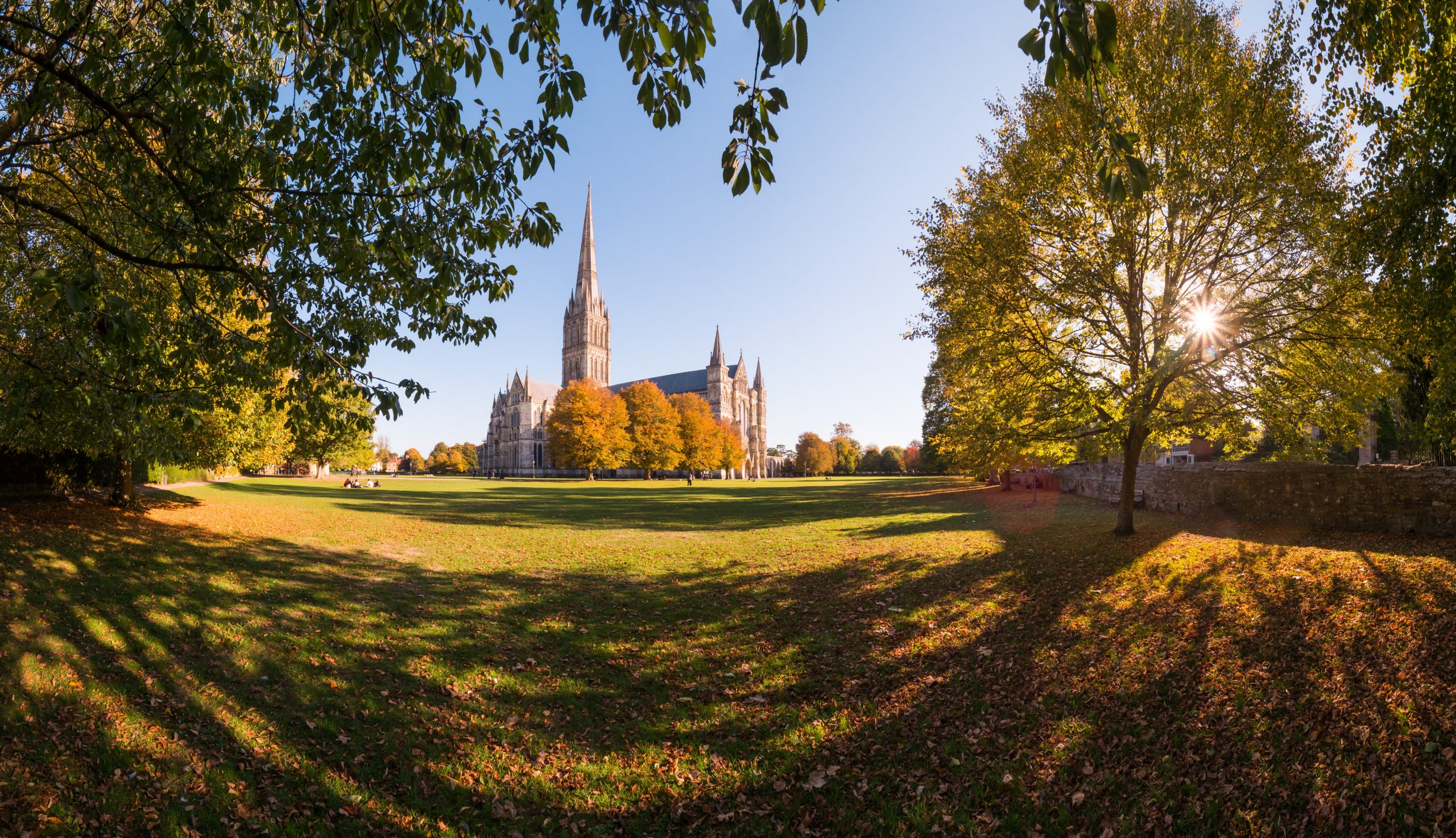 A sermon preached by the Very Revd Nicholas Papadopulos, Dean of Salisbury.

“Who then is this, that he commands even the winds and the water, and they obey him?”

A few weeks from now I – and a number of you – will set sail on the Sea of Galilee. “Set sail” is a bit of a stretch. Those who follow the well-worn pilgrim route around Israel and Palestine today board boats that are equipped with engines. Not only that. Unlike in Biblical times they are also equipped with public address systems and with flagpoles. As we leave the shore it is highly likely that the Israeli crew will check where we are from, will play a tinny version of “God Save The Queen” over the loudspeakers, and will hoist the Union Jack.

The calming of the storm was plainly of great significance to the early chroniclers of the traditions surrounding the life of Jesus. Luke, Matthew, and Mark all record a version of it. Battered as we have been by Dudley and Eunice it’s tempting to believe we know why. What an extraordinary superpower was on display on that day in that boat. But Luke, Matthew and Mark tell their stories not because they are spectacular and add colour to their narratives, but because the calming of the storm – like the Baptism of Jesus and like his Transfiguration – is a moment of decisive revelation.

According to the author of the book Genesis, God’s very first act is to bring light and order to the primeval chaos. The spirit of God – the breath of God – broods over the chaos, and among all the elements the chaos is characterized by water. God draws creation out of water. So when Jesus rebukes the wind and the stills the raging waves he is making an unequivocal claim about himself . He is their Lord and master. “Who then is this, that he commands even the winds and the water, and they obey him?” The answer is that this is no tuppenny ha’penny wonderworker; this is the springing source of all that is. You’ll have noticed that in the vision of the court of Heaven described in the book Revelation a sea stretches before the throne of God. But it is a sea of glass, like crystal. It is positioned, as it were, beneath God’s feet. When the Sea of Galilee is calmed, that celestial reality is briefly realized on Earth.

Before the throne there is a sea; around the throne are four living creatures, and twenty-four other thrones, each occupied by one of twenty-four elders. Each elder wears a golden crown; each has the status of a prince in the heavenly realm. Yet they are unable to enjoy the splendour of their thrones or the lustre of their crowns, for the vision reveals that they fall before the throne of God and cast their crowns before it. They do this whenever the four living creatures give glory to God, and we are told that the four living creatures give glory to God without ceasing. The twenty-four elders must be permanently falling to their knees, or permanently on their knees, or permanently getting up from their knees. Plainly, arthritis is not an issue in Heaven.

The song that the elders sing is “You are worthy…to receive glory and honour and praise”.

“You are worthy…”: this is a song of repentance, for its flipside is that the singer is not worthy. “Glory, honour, and praise”: this is also a song of worship, for this is what the one sung to merits.

It is said that a visitor to a medieval monastery asked the Abbot what his monks did all day. “We fall down, and we get up again” said the Abbot, “we fall down, and we get up again”. The life of the monastery echoes the life of Heaven in its perpetual rhythm, falling down in repentance and worship, and rising again.
The court of Heaven; the medieval monastery; the nave of Salisbury Cathedral: might we be willing to see our own lives in similar terms? We fall down, we get up, we fall down again: a perpetual cycle of repentance and worship.

We fall down in repentance, and we fall down in worship. A few weeks from now a number of us will embark upon the Sea of Galilee, the body of water upon which, many years ago, the absolute sovereignty of God in Jesus was revealed to twelve frightened men. Yet with their raising of the flag and their playing of the National Anthem our well-intentioned hosts will celebrate instead the sovereignty of their visitors’ Queen and of her realm. The red, white, and blue; the monarch; the nation: these are hugely significant, but they are not ultimately significant. The same is true of a myriad of other phenomena by which we chart our lives and mark out the boundaries that make us who we believe ourselves to be. The golden-crowned elders of the court of Heaven have in every respect made it. They are sitting in the thrones right next to the throne. But how do they spend their lives? Not polishing their own crowns and taking selfies in their own thrones, but falling down, and getting up, acknowledging constantly that in the end God alone is sovereign, that God alone has the power to name them, that it is to God alone that they belong.

The Russia-Ukraine border; the parliament building in Stormont; the offices and gardens of Downing Street; the kitchens of our homes; the places we work: all of these could be a Sea of Galilee, where God’s sovereignty is acknowledged and our eternal belonging to God is made manifest. But our preference is to fly our own flags and sing our own songs. Lent draws near. Dare we repent? Dare we worship?