Demons and Swine: learning who we are - Salisbury Cathedral
28th June 2022

Demons and Swine: learning who we are 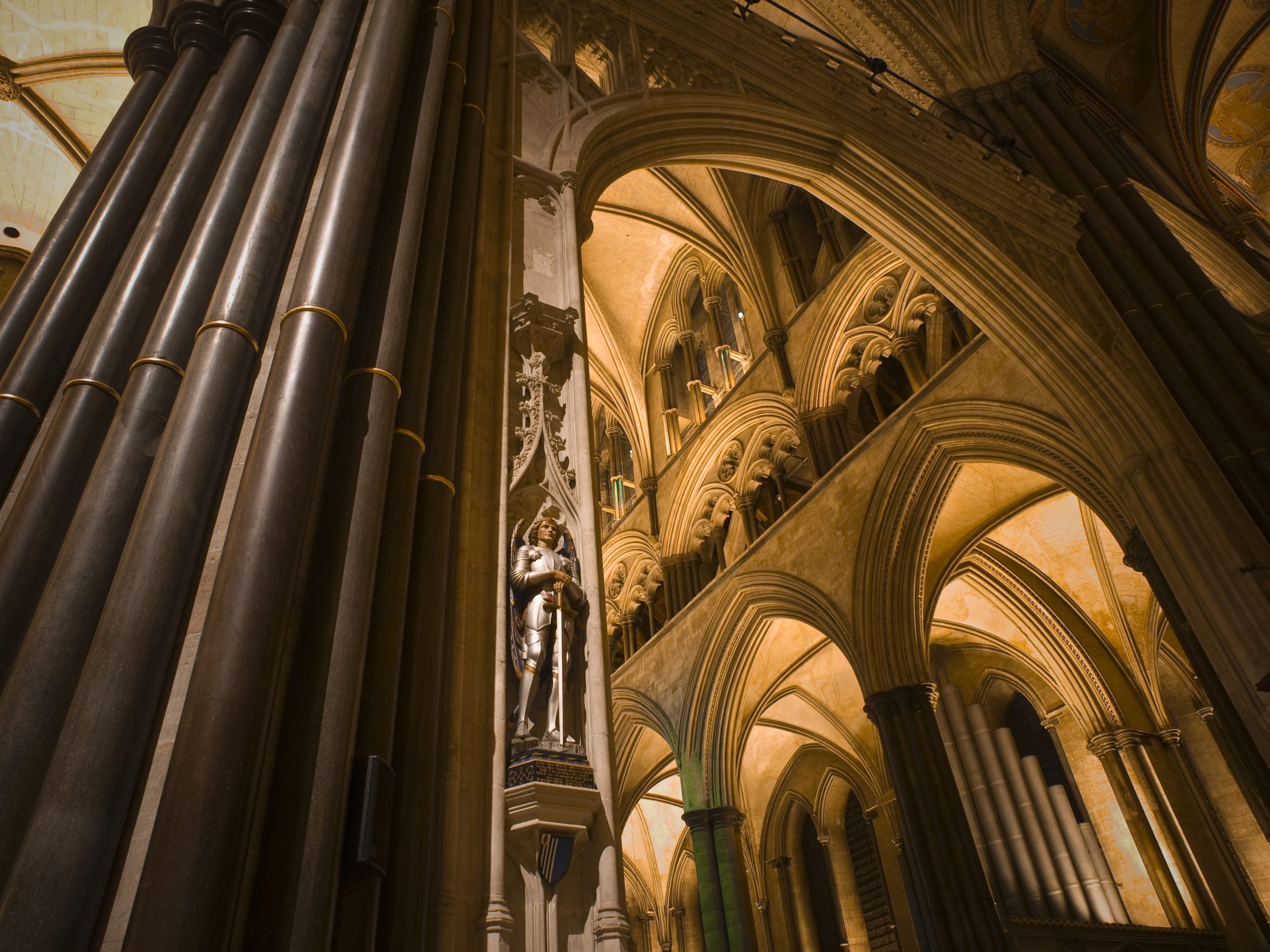 Demons and pigs: the story of the man called Legion presents a challenge to the preacher.  To this preacher it presents three challenges.

I am concerned for the blameless herd, which is driven over the edge of a cliff.

I am concerned for the herd’s owners, whose valuable asset is liquidated in the lake.

And I am concerned that Legion’s evident psychosis is blamed on his possession by demons.

But these are the concerns of the first world in the twenty-first century.  The story was first related and first recorded at a very different time. Then, pigs were regarded as unclean.  Then, possessions, barely protected by law, were perpetually at risk.  Then, the air that men and women breathed was believed to teem with spirits.  They were the only possible explanation for the unpredictable and frightening behaviour of men such as this.

If the story does nothing else, it reminds us of the distance that separates our world from the world that Jesus knew – a distance that it’s important to recall when we attempt to transpose Biblical reality onto our reality.  That distance means that the questions we have of a text such as this can’t be answered by it: our questions were not questions for those who related and recorded it.

The character of this power is twofold.  It is entirely personal; and it works for healing.  Its personal character is evident in the changing forms of address used by Jesus and by Legion.  The latter acknowledges the former as “…Jesus, Son of the Most High God”.  The Most High God is a title unknown to Jews.  But this story is set in the country of the Gerasenes – Gentile territory.  Jesus has left behind his familiar Jewish milieu.  He has crossed the sea, and entered a strange place, and the man he meets there ascribes his authority to a local deity.  But that delusion is not allowed to linger.  After his healing Jesus tells the man to go and “…declare how much God has done for you”.  Not the Most High God: it is God, the one God, who has made himself known.  And when Legion goes away, he goes away proclaiming throughout the city how much Jesus has done for him.  What has been revealed is not the power of some local godling, but the power of Israel’s God, and the power of Israel’s God made present in Jesus.

If this is the significance of the story for St Luke then whatever view we take of the demons and the pigs we may find that Legion’s story connects with our stories – with a reconciliation of relationships that we have experienced; with our unexpected inclusion by others in their common life; with a restoration from hurt that we have been granted.

But perhaps we can press further.  Sacred texts have never belonged purely to those who first create them, for they are sacred to a community.  You and I belong to the community to whom Luke’s Gospel is sacred, and we may read it confident in the Spirit’s guiding.

When we first encounter the man called Legion he has been stripped of everything: home, clothing, human company, peace of mind.  He is restored to all those things, but he is restored by one who will himself be stripped of all those things: home, clothing, human company, peace of mind.  Jesus will die in Jerusalem, far from the region where he has lived most of his life; soldiers will cast lots for his clothes; most of his friends will forsake him; he will cry out in desolate agony; he will rest among the tombs.

Last week our Government was compelled to pause its plan to remove asylum-seekers to Rwanda.  Perhaps it’s a serious plan to tackle the crime of people-smuggling.  Perhaps it’s a cynical plan to appease our fears and prejudices with the scent of red meat.  But note this: in his desolation Christ does not sub-contract his fear or outsource his terror or deport his anxiety.  He does not dump it on others, others who are then swept conveniently away into the abyss.  Christ refuses to condemn his captors; he prays for their forgiveness; he endures his dreadful solitude; and he is raised.

From a place of nakedness – literally – the man called Legion is restored; from a place of nakedness – literally – Jesus is raised.  “There is no longer Jew or Greek,” writes Paul to the Galatians “there is no longer slave or free, there is no longer male or female; for all of you are one in Christ Jesus”.  This oneness in Christ, this oneness with Christ, is what is most true about us. It is our deepest identity; it’s who we really are; it’s our ultimate destination.  In comparison with it everything we think we are – Jew/Greek, slave/free, male/female, clothed/unclothed – pales into utter insignificance.

Who we ultimately are is who we are in God.  We will not discover who we are until and unless we let go of those things that we think we are, and acknowledge some of those things we’ve never thought we are – people with the capacity to hate others, fear others, scapegoat others.

Realizing our oneness in Christ and with Christ will take us the land of the Gerasenes and to the hill of Calvary.  It will take us to the place where we are naked, where we wake up to our self-deception, where we take responsibility for it, and where we grow in trust in and love for God, and for God alone.