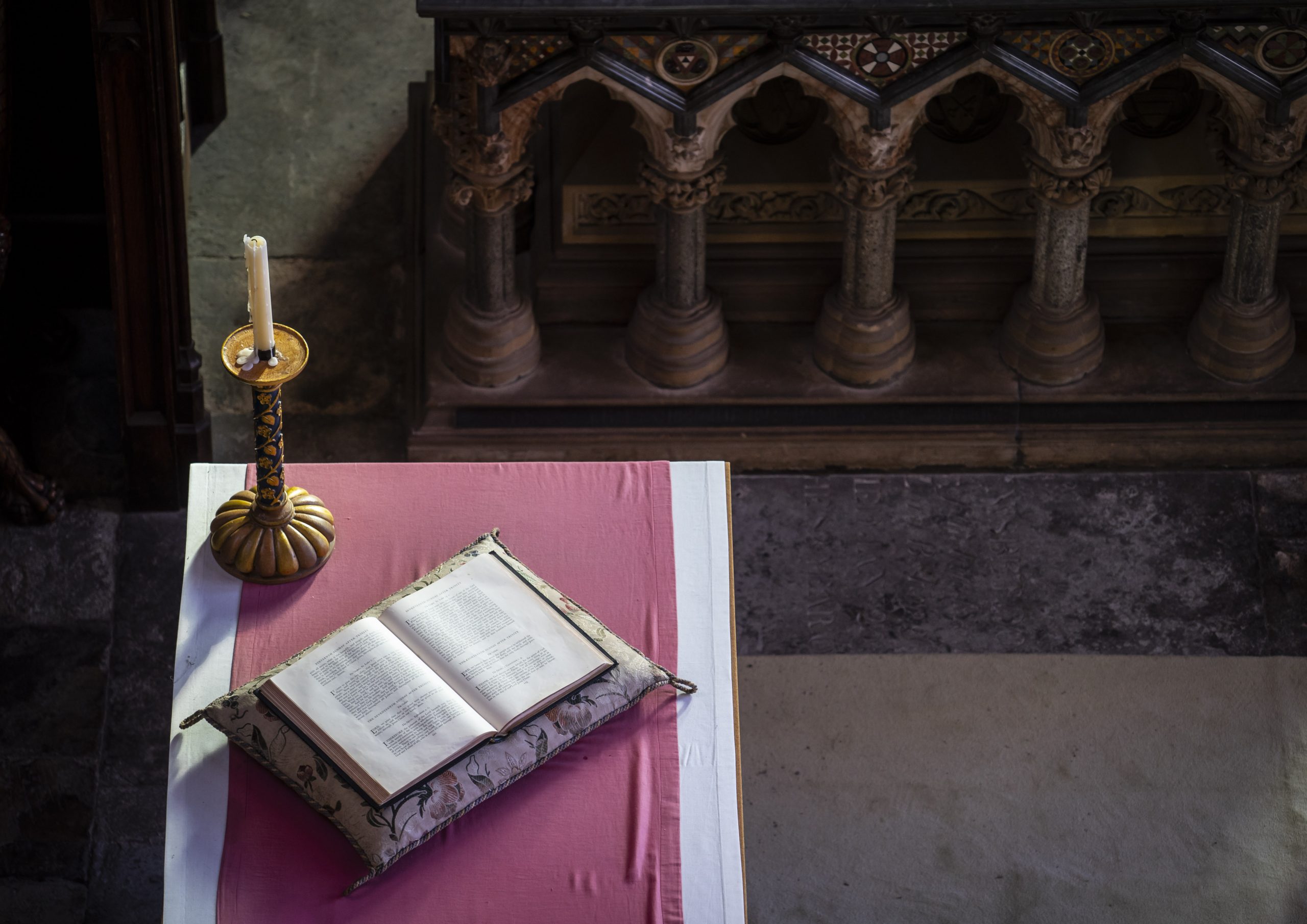 “Those who look into the perfect law, the law of liberty, and persevere, being not hearers who forget but doers who act—they will be blessed in their doing.”

We have reached the fifth sermon in our Summer Series reflecting on the Five Marks of Mission post Pandemic.  In his sermon The Dean introduced the series, so we have now arrived at Mark 4:-

“To transform unjust structures of society, to challenge violence of every kind and pursue peace and reconciliation.”

It sounds like a tall order to me!  For one thing, people are just beginning to emerge from the grip of the Pandemic, and I imagine if they are feeling like me, they are not going to be taking on a new challenge, anytime soon.  What we have all been through over the last 18 months or so, has left many of us at emotionally exhausted whilst many more are suffering from mental anguish, caused by the loss of a loved one, or by the stress and strain of the lockdowns – the rules and regulations that had to be followed, which made life far from normal, a wearisome burden.  People need a break, so to take on a new challenge, as the pandemic appears to be weakening its grip, seems like ‘a bridge too far’.  What people of faith and no faith need is a holiday.

Perhaps this ‘Mark of Mission’ is something that should be taken seriously by the Senior Clergy, such as the Archbishops and Bishops, leaving folk like us, the ordinary Christians, to get on with our daily struggles with the life of faith.  Unfortunately, I don’t think that we can cut ourselves any slack on this one if our faith is to be authentic, as the author of the Letter of James would have it be.

Over the past months, we have seen how ‘unjust’ some of the structures of our society have become.  As the pandemic gripped the country, we were made aware of how many families struggle to make ends meet and to feed their families.  We learnt that millions of families were depending on Free school meals to do this and resorting to Food Banks whose use has grown exponentially.

We have become aware of the fact that many people who are in work, are paid so little that they have to supplement their income through benefits.  In the Guardian the other day an article claimed that the planned cut in Universal Credit, could potentially push two million people into debt.

The chronic shortage of affordable and suitable housing, means that there are not enough homes available for those who need them.  Many families are forced to live in atrocious conditions, in substandard accommodation, often at the mercy of insensitive or greedy landlords and landladies.

At the same time, we learnt that the richest one per cent have increased their income by 60 per cent in the last 20 years, with the financial crisis accelerating, rather than slowing the process.   Commentators tell us that extreme wealth is economically inefficient, politically corrosive, socially divisive, and environmentally destructive. It depresses economic activity and makes life harder for everyone else – particularly those at the bottom of the economic ladder. A report written for Oxfam, concluded that the annual incomes of the world’s 100 richest people, could end global poverty four times over!

Clearly there are many instances of injustice in the structures in our society and world, which allow these things to happen and which many believe need to be challenged.

As I said earlier, righting such wrongs might be seen as coming under the remit of the Church Hierarchy – they are the ones who we suppose are in a position to speak truth to power, aren’t they? Unfortunately, because of the Church of England’s stance on human sexuality and its track record on Safeguarding, it isn’t that straight forward as the CofE in many people’s eyes has ‘feet of clay’ and should put its ‘own house in order’ before pointing the finger at others.  Such a process will take time and we don’t have that luxury, if we are serious about addressing the problem of ‘unjust structures’.

In addition, this 4th Mark of Mission has the added requirement to ‘challenge violence of every kind and pursue peace and reconciliation’.  Seeing the appalling problems in Afghanistan, the plight of the ordinary people threatened with violence and death, there is no luxury of time to confront this problem, not to mention the many other areas in our world such as Syria, Yemen, Gaza, Sudan and South Sudan – the international situation is grim to say the least.

Faced with so many problems at home and abroad, where it seems there is little compassion, commitment to justice and equality, not to mention the establishment of peace, falling on our knees in prayer to the Almighty, is perhaps the only response that is available to us!

Prayer may well be the beginning, but from prayer there often comes an answer, which like it or not, involves those who pray, taking action as well!  I am reminded of the joke told about the Christian who prayed fervently that he might win the Lottery, so that the money could be given to many good causes close to his heart.  Every week, he prayed to God, “Please Lord, let me win the lottery tomorrow”. The Years went by, and the man continued to pray. Finally, one night, God gives him an answer.  Praying his usual prayer, “Please Lord, let me win the lottery tomorrow” he gets the reply from God, “You have to buy a lottery ticket first, you silly man!”.

Transforming unjust structures and establishing peace must begin with each one of us.  We don’t have to attend demonstrations or begin programmes of civil disobedience.  Transformation can start in conversation with others, when we gently challenge some of the assertions made by others, even our friends.  We might pick up a pen and write a letter to our MP, or indeed to one of the super-rich.  Some of us might want to take to social media, for it is here where influence can be wielded in our modern world.  It involves us in modifying our behaviour to ensure that we are peaceable in our actions.  Challenging assumptions, challenging behaviours where we live, are small steps, but every journey begins with one step – so it is said.

As I reflected upon the interrelationship between words and actions, between ‘doers of the word and not just hearers’, as James describes it, I remembered the words of a song, which reminded me of the place we begin to address inequality, challenge violence, seek peace and reconciliation.  The song was written by Vince Gill and here are two of its verses:

The Fourth Mark of Mission is a tough ask, but it is necessary to an authentic faith, it must be owned – if not we will be counted amongst those who were condemned in the parable told by Jesus, about the sheep and the goats.  We MUST say and do what we can, where we are – be the change we want to see in the world.