A Passiontide reflection on Marzia Colonna’s ‘Crucifix’ by Stephen Tucker 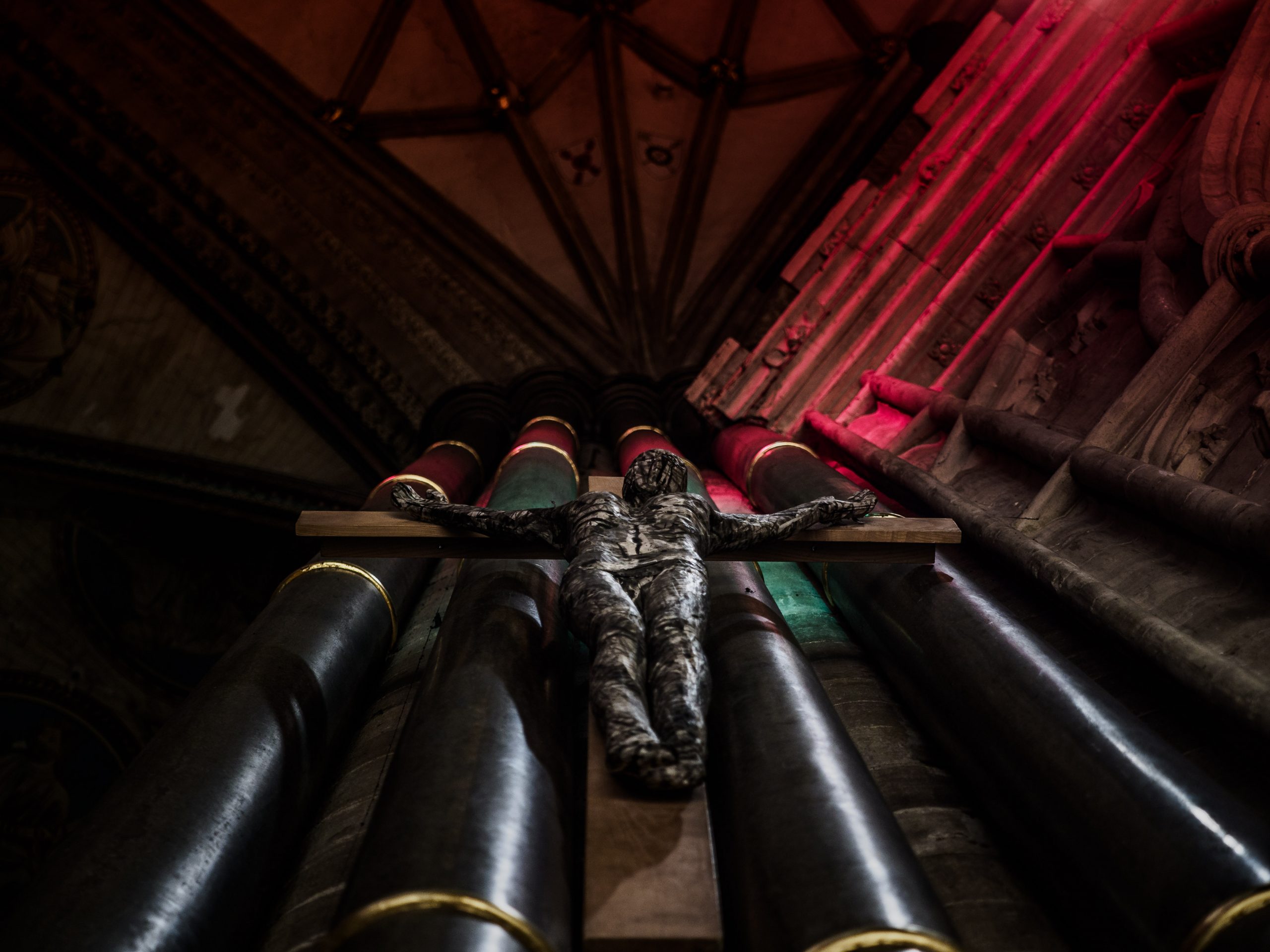 In a novel by Jill Paton Walsh called ‘Knowledge of Angels’, a young child is given shelter in a convent, having been rescued from the mountains where she has been cared for by wolves. Very slowly she learns to dress and eat in a human way and to speak a little. When she has learnt to behave, the nuns take her for the first time into their chapel. As she comes to the priest at the altar for a blessing, she sees something which makes her snarl and flee from the chapel on all fours. ‘Bad place. I not go back in,’ she says to the puzzled sisters. Some hours later the sister, who looks after her, is kneeling at the same altar. She looks up at the large painted crucifix above it and realises that what to her is an image of love, must have seemed to the child like an image of a man viciously tortured and horribly done to death. What must the wolf child have thought of the nuns who kept such an image in the most important place in their convent?

We are so used to seeing a crucifix in our churches that this question may never occur to us and yet it is a powerful question. In the Cathedral here we are regularly confronted by Marzia Colonna’s ‘Crucifix’ which was installed in 2002. It seems to represent the moment of Jesus’ death. The head hangs down rather than looking out at the crowds around the cross. The emaciated body bears signs of being scourged. The body hangs from the cross, with the arms stretched painfully above Jesus’ head, unlike other representations where the arms are in parallel to the cross beam and seem to be stretched out in a form of embrace.

This is Christ the victim, the defeated Christ, the Christ abandoned to the worst that can be done to him. Does this represent what we can do to God and his world? That question will not go away when the pandemic is over, though we may be tempted to forget it in our enthusiasm for getting back to a ‘normal’ life. The old normal will still be for too many people a life of hunger, disease, poverty, violence, injustice, cruelty and too early death.

We talk now of our need for hope in these difficult times but what of the people for whom there is not much hope even in ordinary times? It is with such people that Christ identifies himself on the cross and asks God, ‘Why hast thou forsaken me?’ That is a question which the forsaken people of the world might ask us ‘Why have you forsaken me?’ So, to keep an image of a crucified man in a Cathedral asks this question of all who pass by, whether they believe in God or not.